By the time I made my way to Chefchaouen—that blue-bathed Moroccan city cozily tucked amidst the Rif mountains—I had grown weary of constant movement. It was the tail-end of a trip saturated with sight, sound, color, and experiences that knocked me out of my comfort zone.

At that point I was not only operating physically on autopilot, but was also in the throes of an internal struggle involving the most mundane of things: I missed sleeping in my own bed, yet the thought of coming back to it filled me with dread; I was tired of eating flavorful Moroccan cuisine, and yet felt compelled to order their food anyway because MENTAL SLAP every time I’d even dare eat something continental or familiar; I missed wearing clean, dust-free jeans and shirts and underwear washed with actual detergent (and not shampoo lol); I missed friends back home, but didn’t want my solo time to end. Also really ridiculous, but in the last few days of my trip, I found myself seriously seeking anything tasteless. Everything I’d ingested by then—mentally, physically, emotionally—was laced with flavor and texture and sensation. In Morocco you’ll find sensory overload in sheer abundance, and apparently, it can be as draining as it is intoxicating.

I arrived in Chefchaouen six hours after leaving the frazzling Fez medina (a supposedly four-hour trip that dragged on because of a bus incident) and I was not in the best of moods. It did not help that I was growing increasingly annoyed with the guy who offered to drive me to my hotel from the CTM bus station. He seemed nice enough, even offering freshly baked bread he picked up during one of our many stops on the way to my B&B, but I was really itching to just get to my hotel and rest. Waiting in his jeep while he ran one errand after another left me with frayed nerves, but I was too tired to even muster a complaint.

It took a good half hour before I finally got to Dar Zambra, my lovely little guesthouse, and thankfully from there, all the good karma in the world came rushing in. I got an upgrade and ended up with the best room in the house—a corner one with sweeping views of the mountains and town below. It felt surreal looking out into scenery that reminded me of paintings in the 90s film What Dreams May Come.

“That which you believe becomes your world.”

Ain’t that the truth… 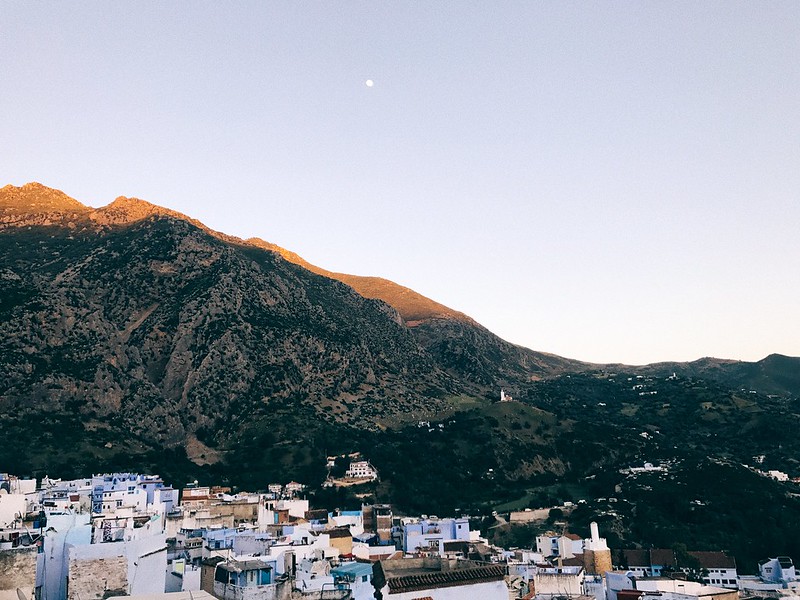 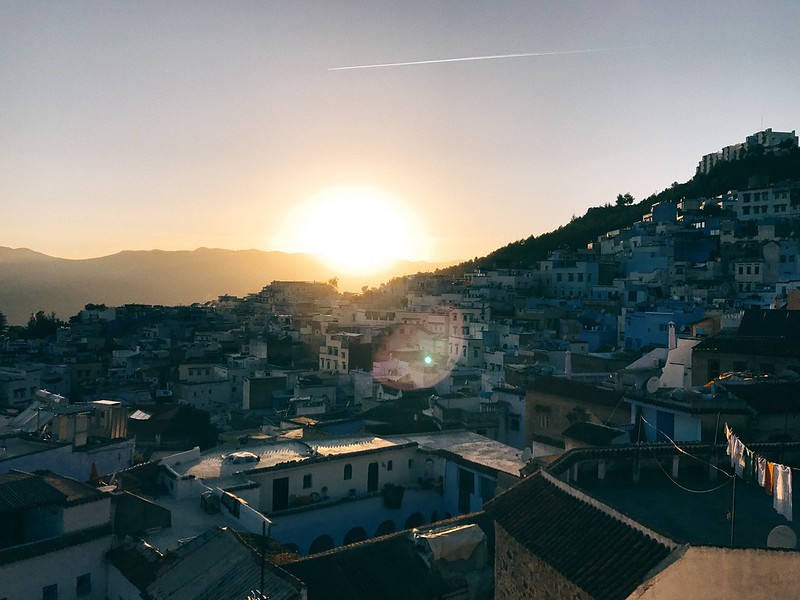 As with how I reacted to pretty much every out-of-this-world landscape Morocco laid out before me, my first glimpse of Chefchaouen, the evening prayers of Islam adding music to the heady experience, got me all weepy. Morocco somehow flipped an internal switch that unlocked my inner crybaby. Remember Brendan Fraser’s most sensitive persona in the movie Bedazzled? That scene where he cried at the sight of the sunset and dolphins? That was me in a nutshell.

Seriously, the country is too beautiful it will make you weep. 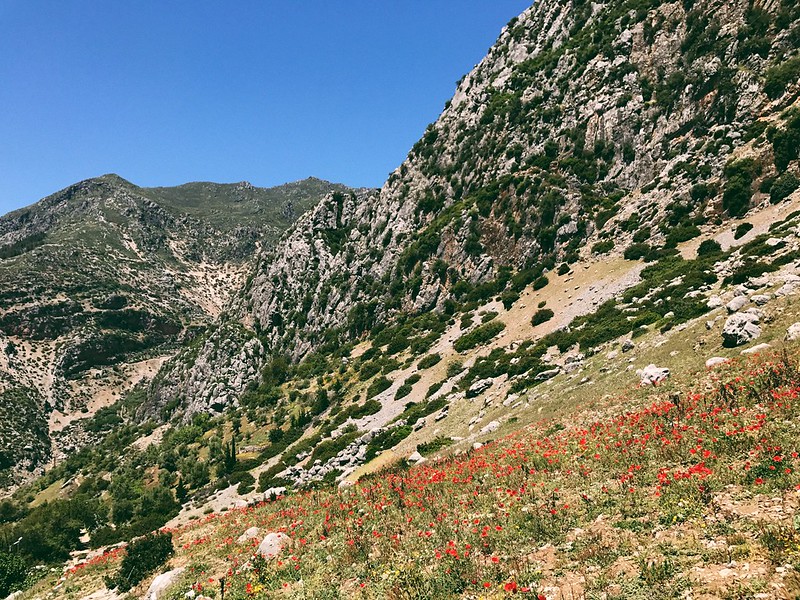 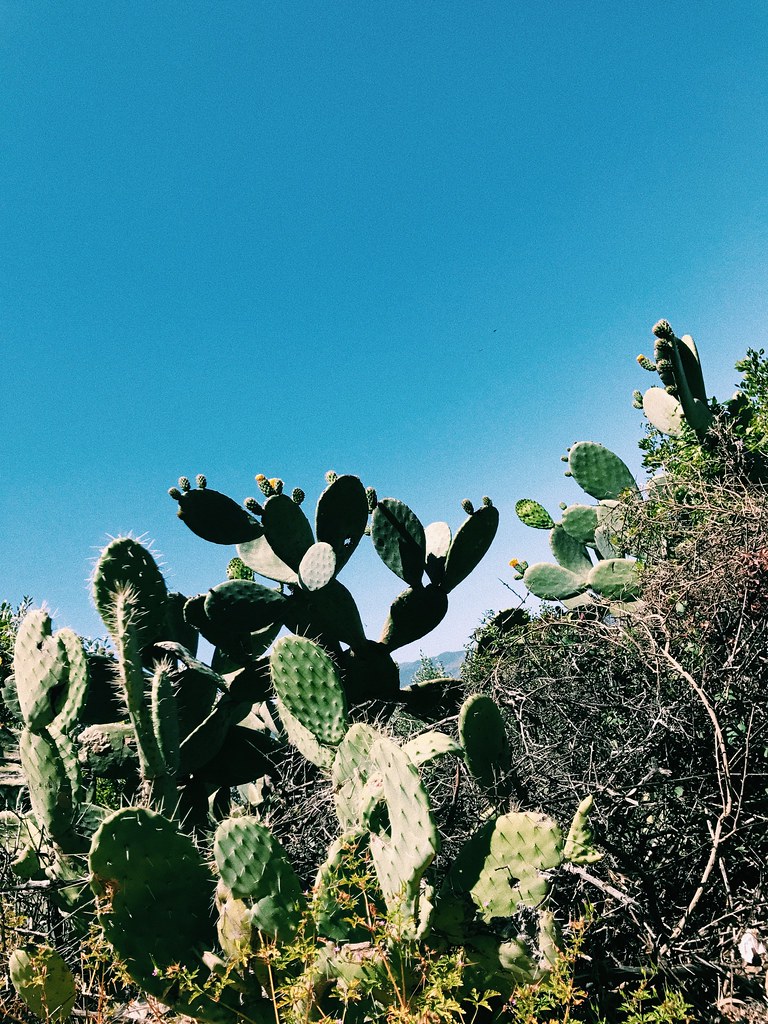 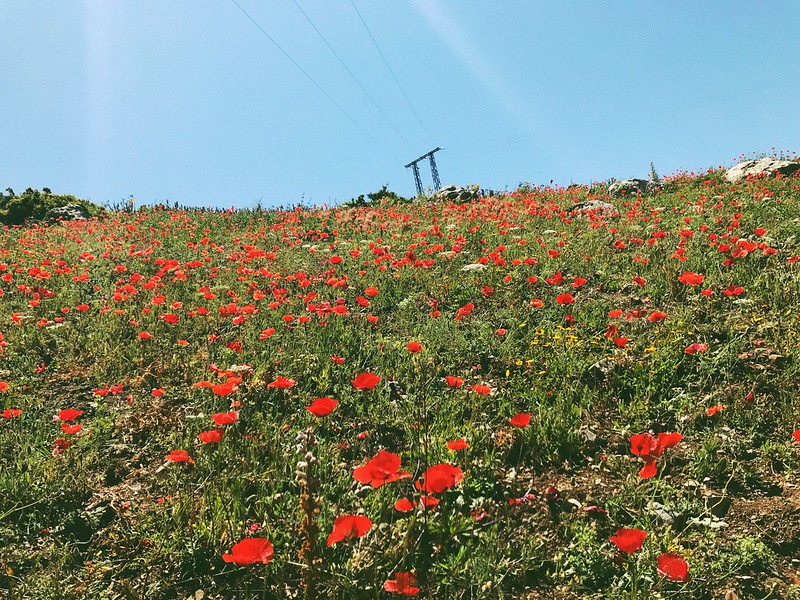 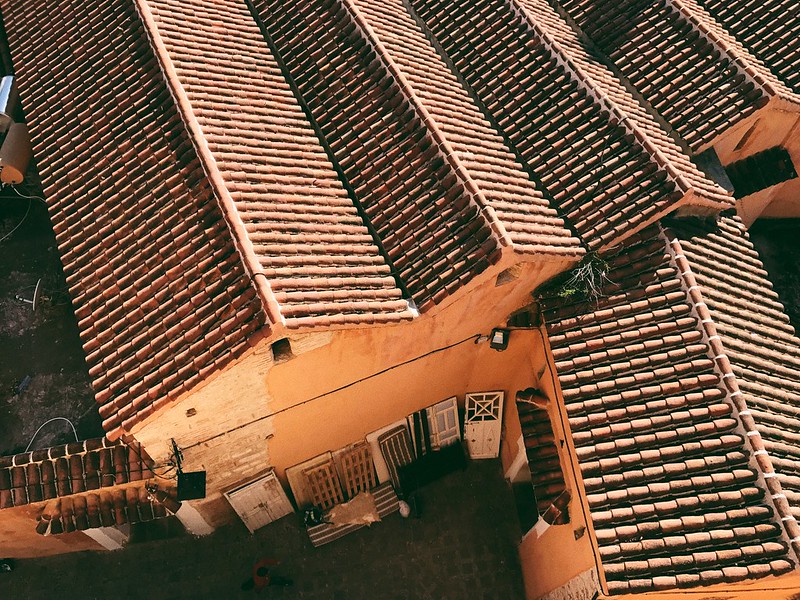 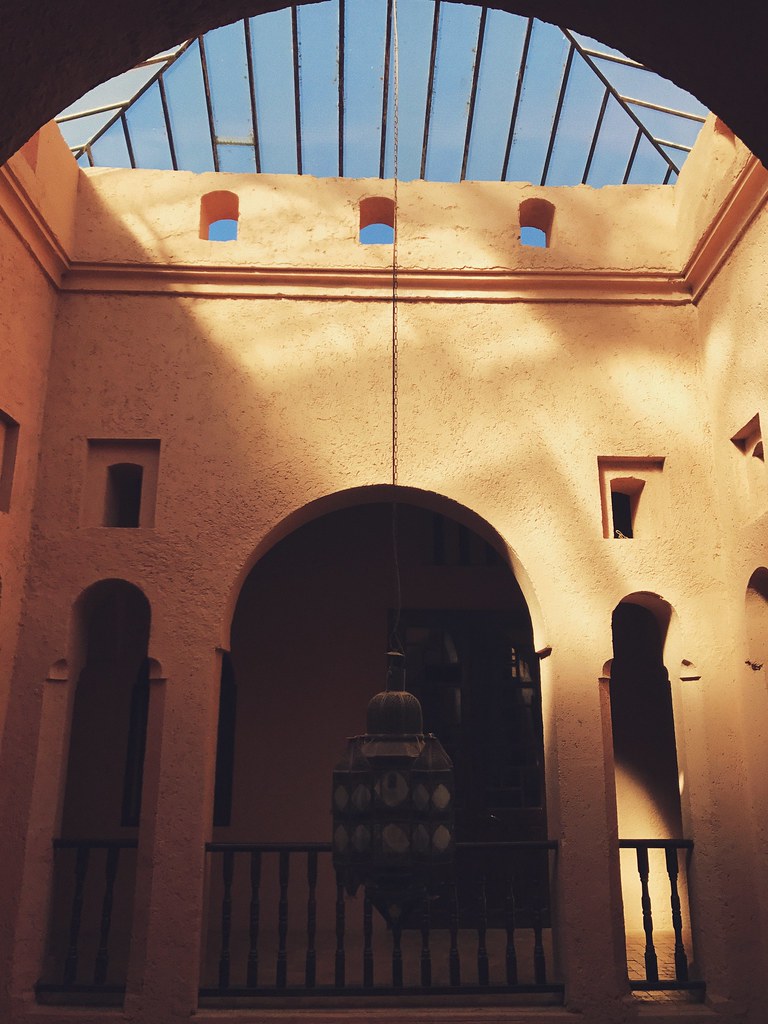 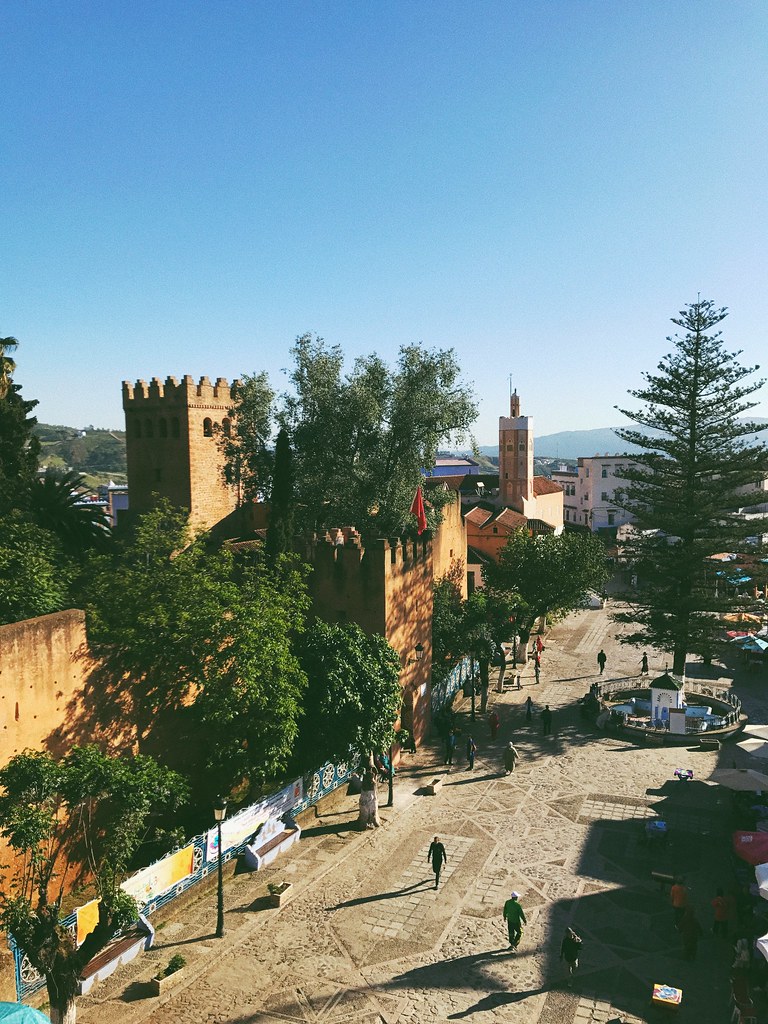 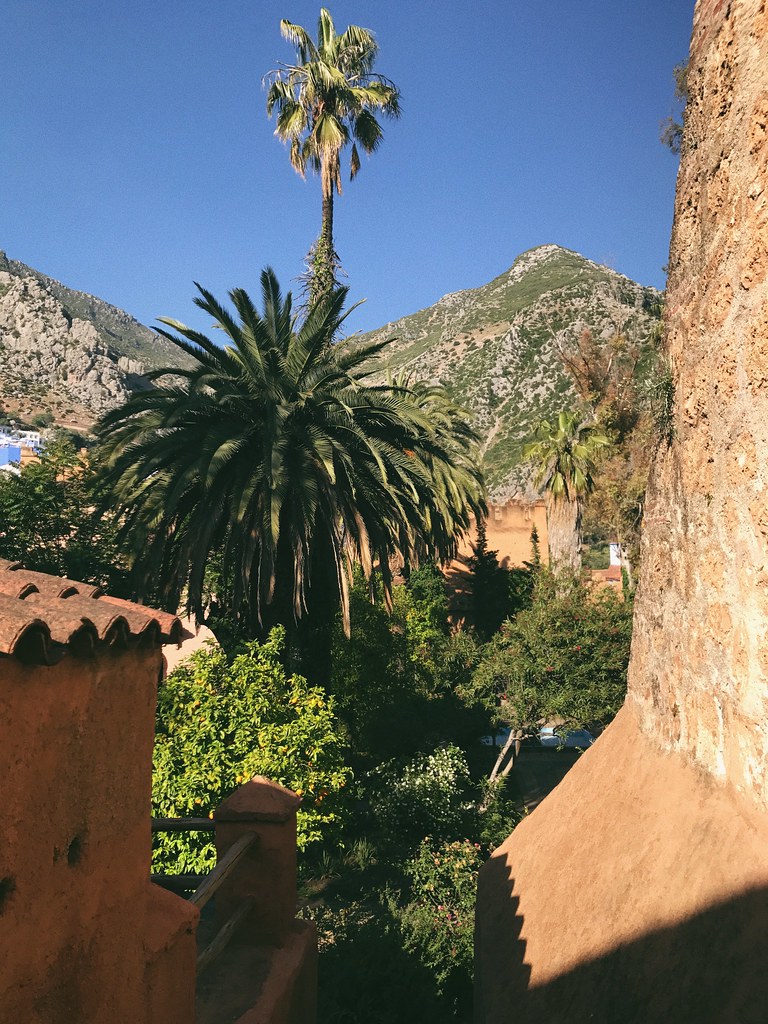 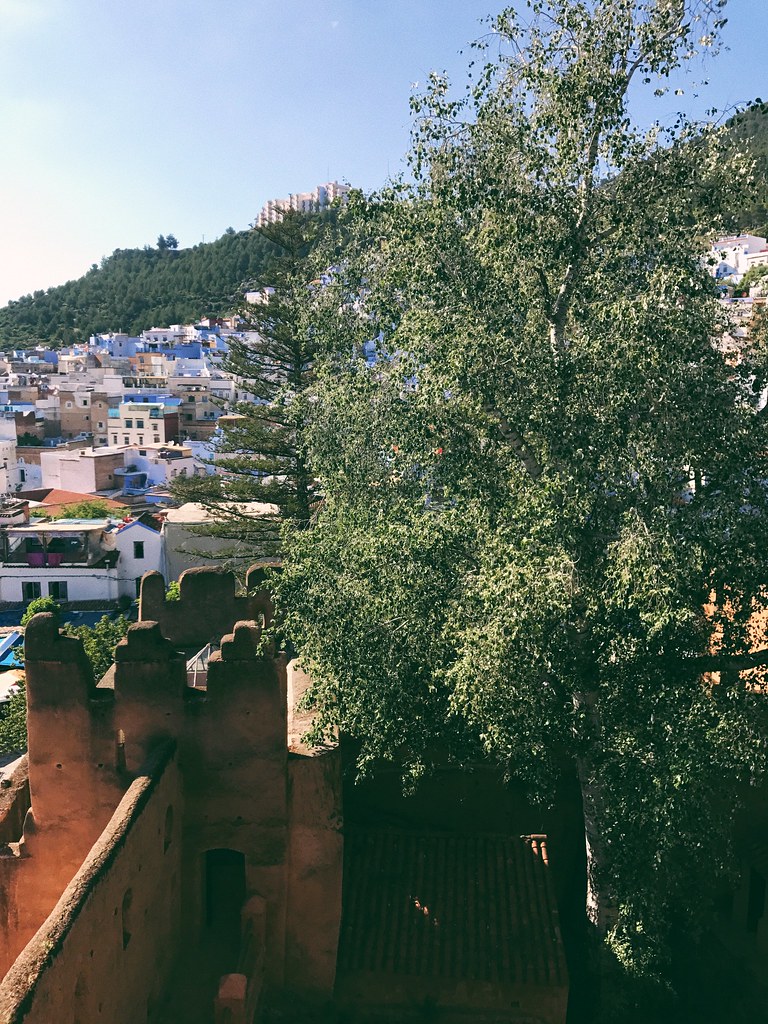 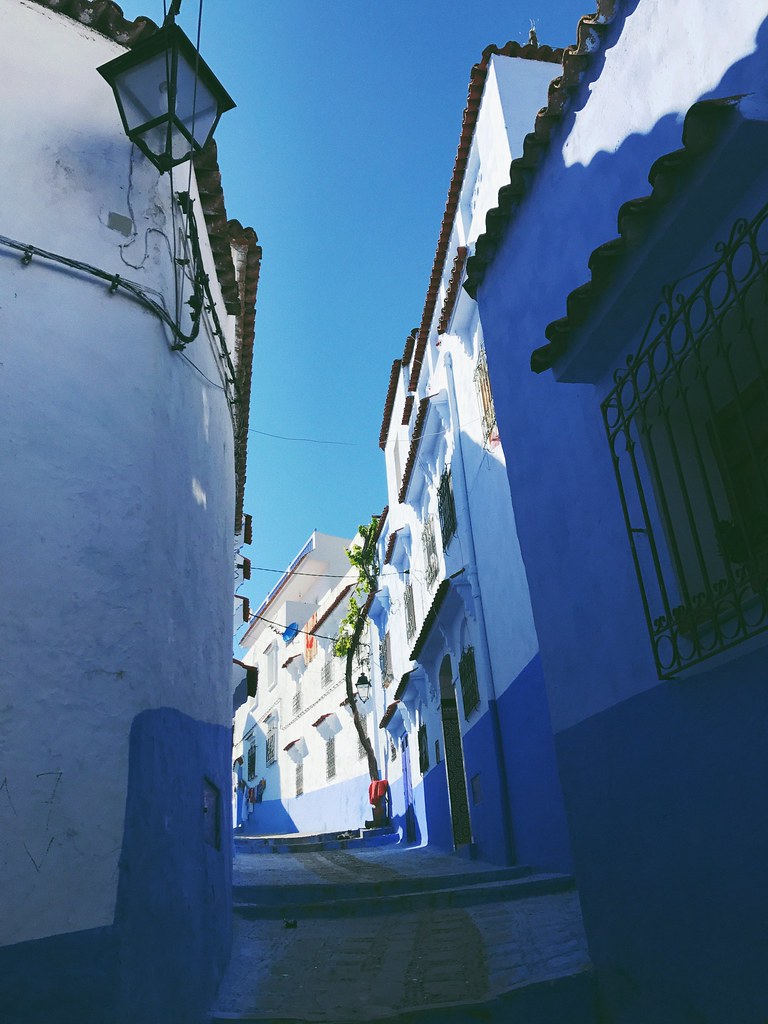 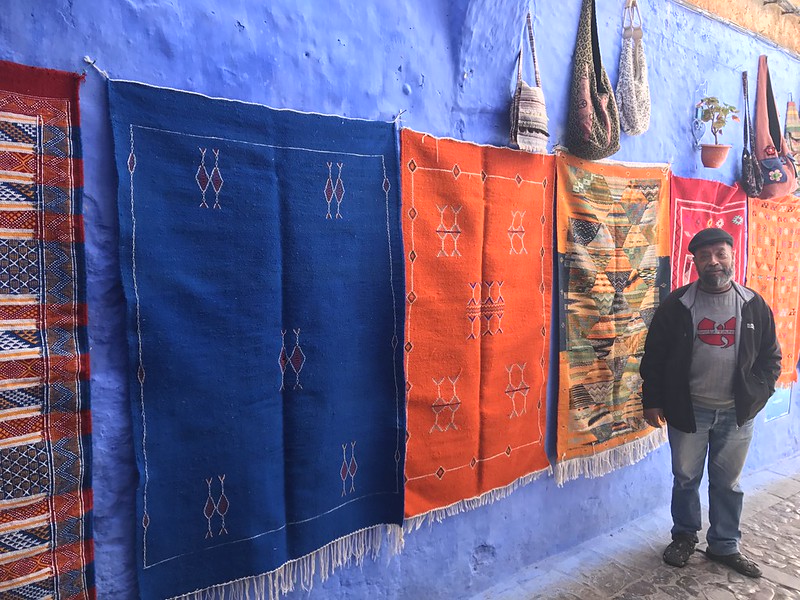 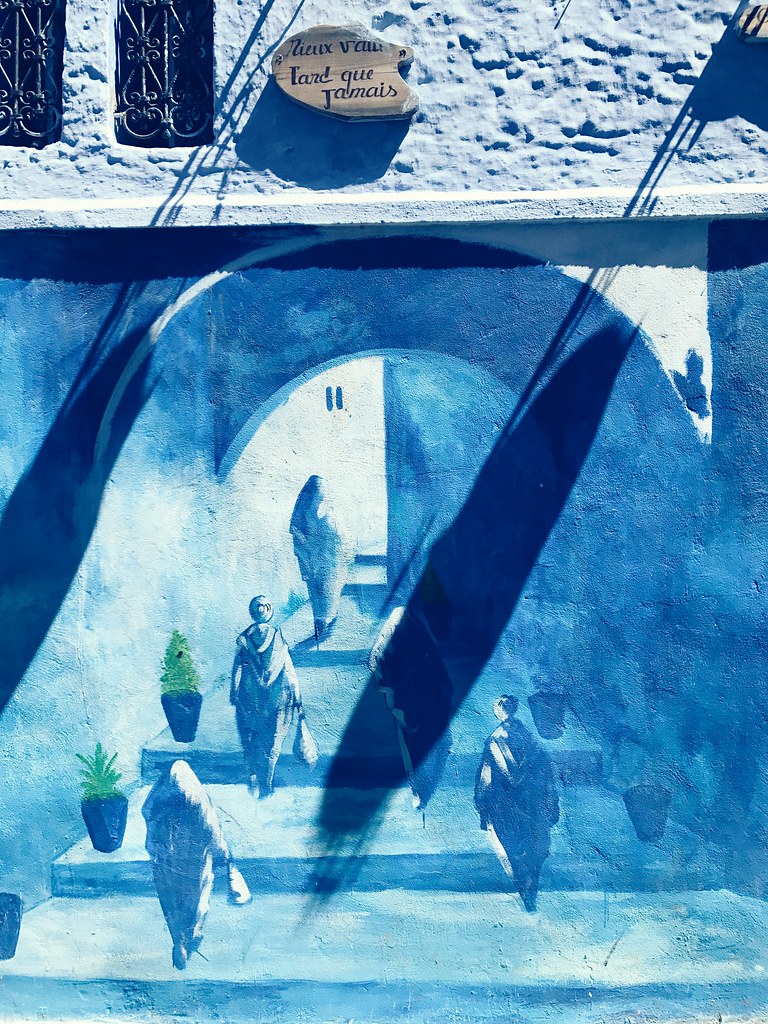 Spending my last days of travel in Chefchaouen was the best decision. After days spent in the buzzing cities of Marrakech, Fez, and Casablanca, Morocco’s Blue Pearl was a breath of fresh air. The couple of days I spent there left me recharged and rejuvenated. The hours go on forever here—I caught up on my reading and took many a disco nap. And even with all the lazing around, I still had plenty of time to kill. So I combed through Chaouen’s medina, indulged someone’s request to find an old friend (mission failed, unfortunately), and hiked all the way to the Spanish mosque facing the town where a local guy asked if I wanted to see the marijuana plantations behind the mountain. Alas, already reached my quota for adventure and politely declined—also didn’t want to be living the nightmare stories I’ve read of women traveling solo in Morocco. I’d been spared thus far, even in the Fez medina which was notorious for such incidents, and did not want to push my luck :D

I really loved Chaouen. Ah, Chaouen. Chefchaouen. I even love how the name rolls off the tongue. The city really had a calming effect on me. It must’ve been all that blue—blue walls, blue doors, blue skies, my blue room, blue everything—or the unhurried energy of the locals, or both, but I felt most relaxed and content and at peace there. It’s a feeling I sorely miss, especially now that I’m back in the swim of things, and a state of mind I’m still trying to get back to.

Sigh. Trouble with travel is, you think you’ve already left a place, but you never really do. The blue town is officially giving me the blues.