I still haven’t made up my mind about Casablanca. Do I like it? Do I not like it? And if I decide that I do not, am I compelled enough to go back and give it a second shot?

There are places like Istanbul or Tel Aviv, or even its fellow Moroccan cities of Fes and Marrakech that make the decision for you the moment you arrive, but Casablanca doesn’t have that same degree of instant likability (or dislikability). Maybe the fact that it was my final destination colored my impression of the place—I was weary and no longer as overzealous about exploring, kept within a two-mile radius of my centrally located hotel, and apart from the grand Hassan II Mosque which was clearly built to impress, the place didn’t really present anything that excited me. 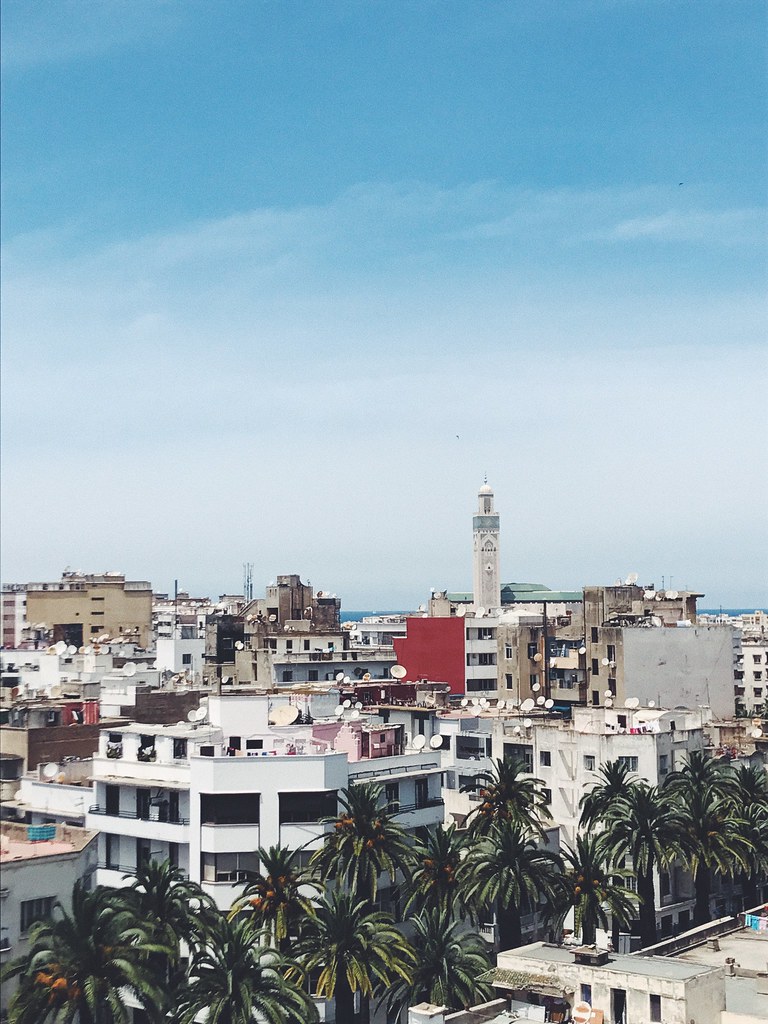 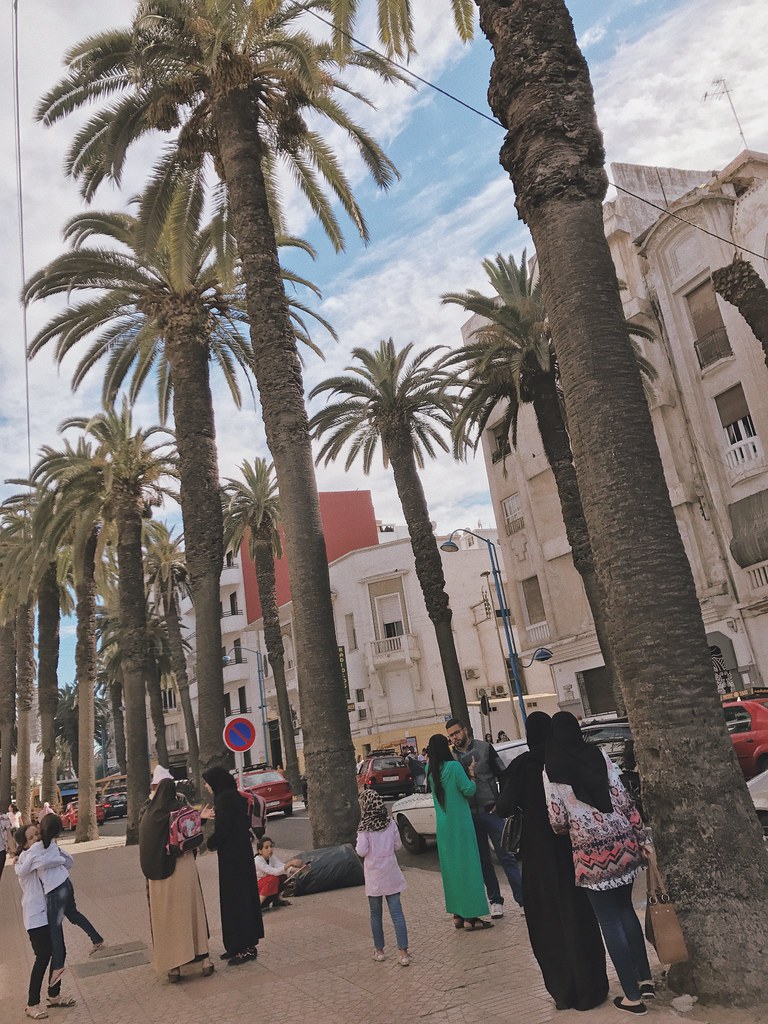 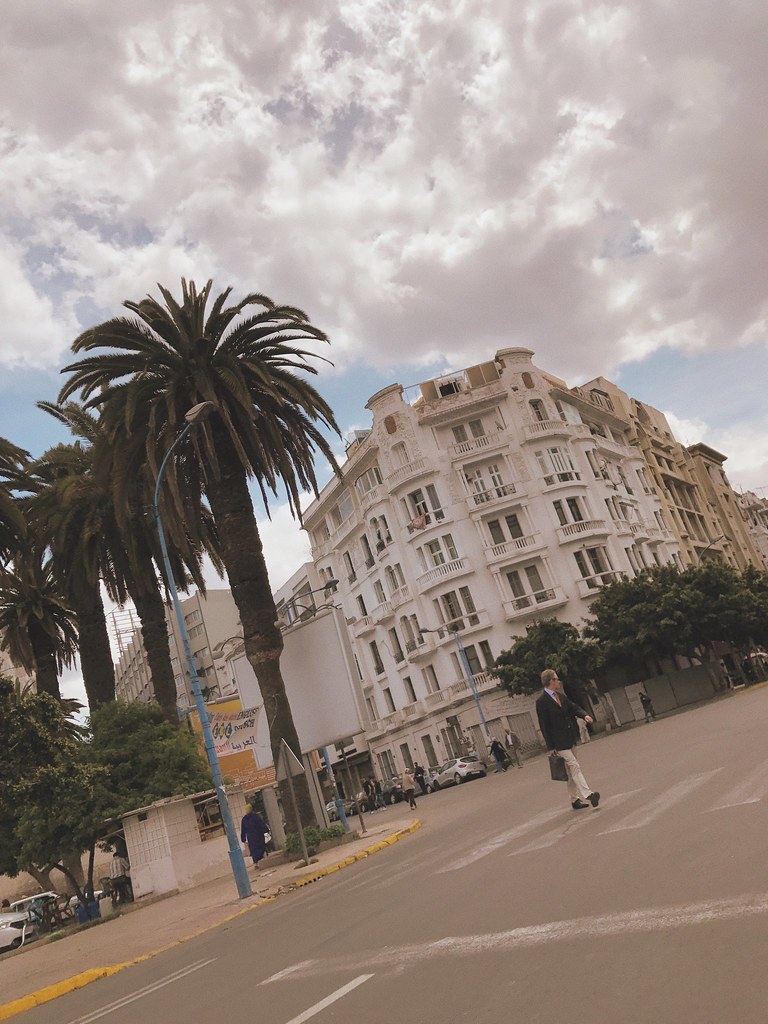 Unlike the characters played by Humphrey Bogart and Ingrid Bergman in the American cult classic set in Morocco’s seaside city, my experience in Casablanca wasn’t laced with drama or intrigue or romance.

I did get a little bit of pre-sunset action when I gave myself a mission to find the best dates—referring to the fruit here and not men with six-packs. It started innocently enough with me getting on a taxi along the Corniche waterfront by Hassan II. Taxi driver was friendly enough, talking to me about Casablanca and how he knew a few Filipinas working in the city. This piqued my interest because while I know of high concentrations of overseas Filipino workers (OFWs) in Arab countries, most of them are in the Middle East and this was the first time I heard of Filipinos in Morocco. Curiosity got the best of me, and I can tell the exact moment this backfired when he started revealing a little too much—if you know what I mean. Think a little too much with a side of hand-cupping gestures and, oh boy, demo bedroom noises.

I couldn’t wait to get out of the cab.

As Google Maps pointed out, however, the medina was a few kilometers away and I couldn’t really ask him to stop in the middle of the freeway. So I managed to politely deflect his questions about my evening whereabouts (uh, noooo), and just when I thought things would finally take a turn for boring, he sees a friend of his pass by in the next lane.

To my dismay, he speeds up so both cars are adjacent to each other, calls out to his friend and then they chat about Filipinas. At this point I’m pissed off and telling him curtly to stop talking and watch the road, and then of course he ignores me and decides it was the best time for him to give back the cigarette lighter he apparently borrowed from his buddy.  So they tried their darnedest best, without slowing down—nope, still at 80kph—to have their windows side by side so my taxi driver could reach over and hand the lighter like it wasn’t the most insane thing in the world. And when that fails and the lighter falls over, he suddenly brakes and reverses—and oh joy we are still in the freeway. Thank God I was wearing my seatbelt because I’d have jutted forward and hit the back of the passenger seat.

But obviously I’m still alive and posting this entry (and photos of Hassan II and its crazy details and symmetry) so I managed to survive that strange encounter. 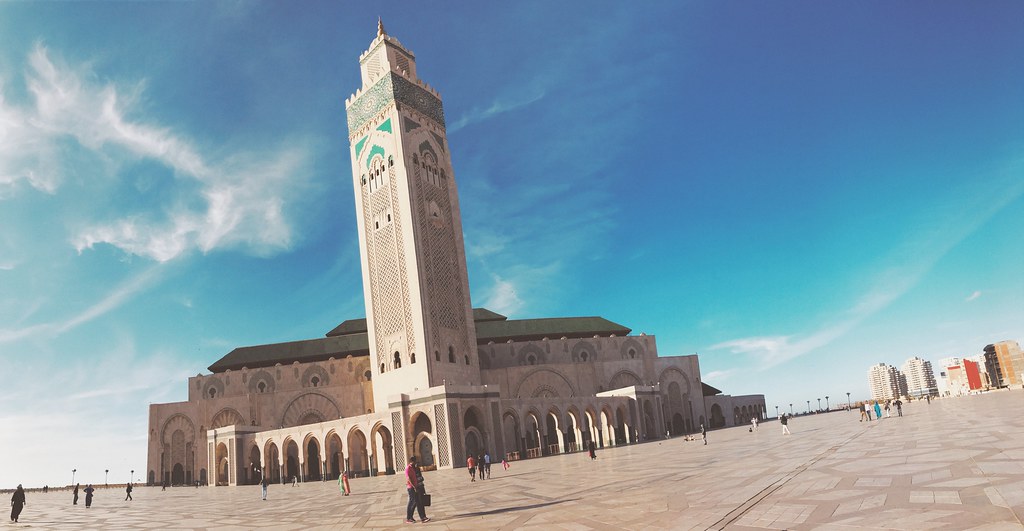 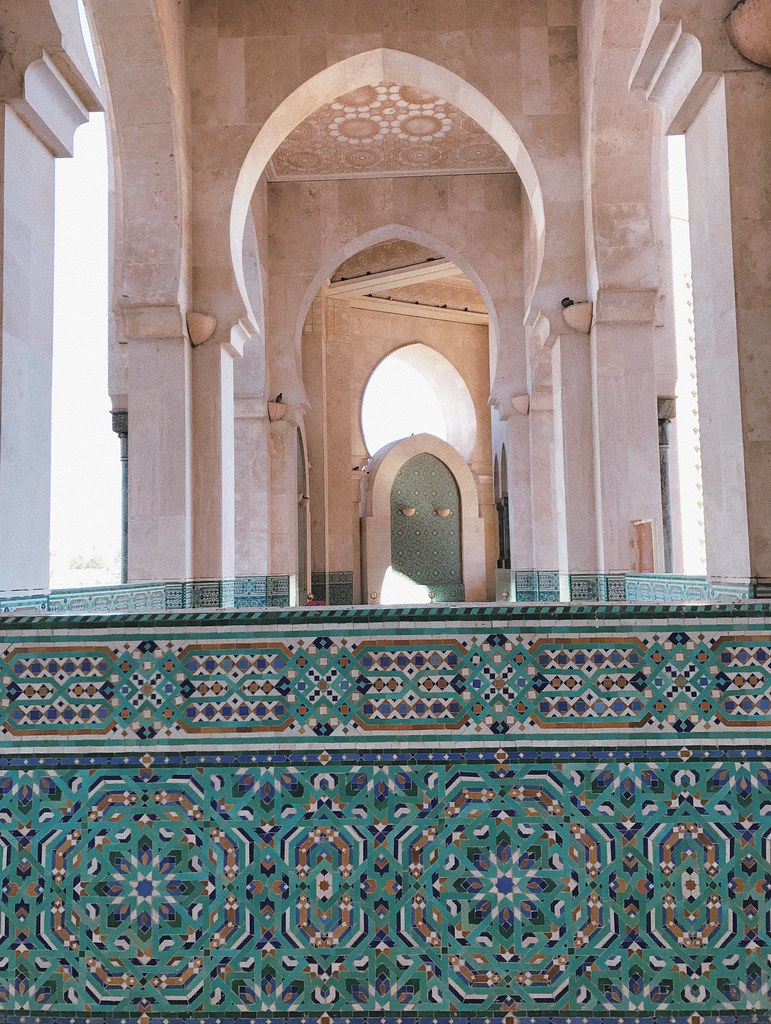 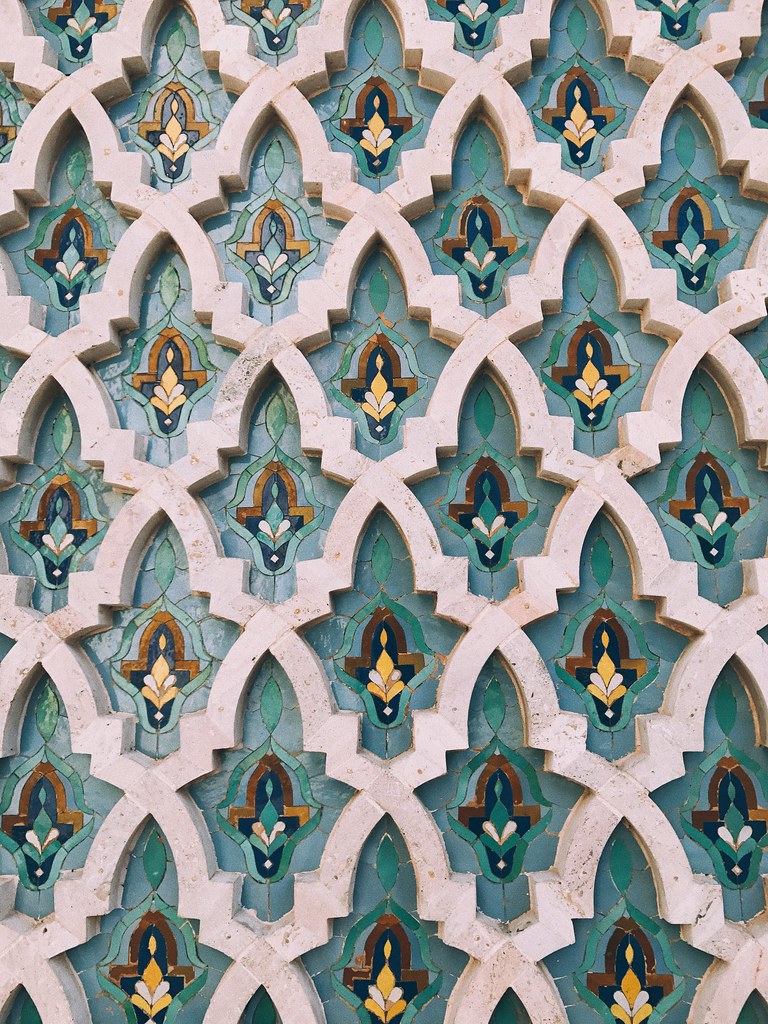 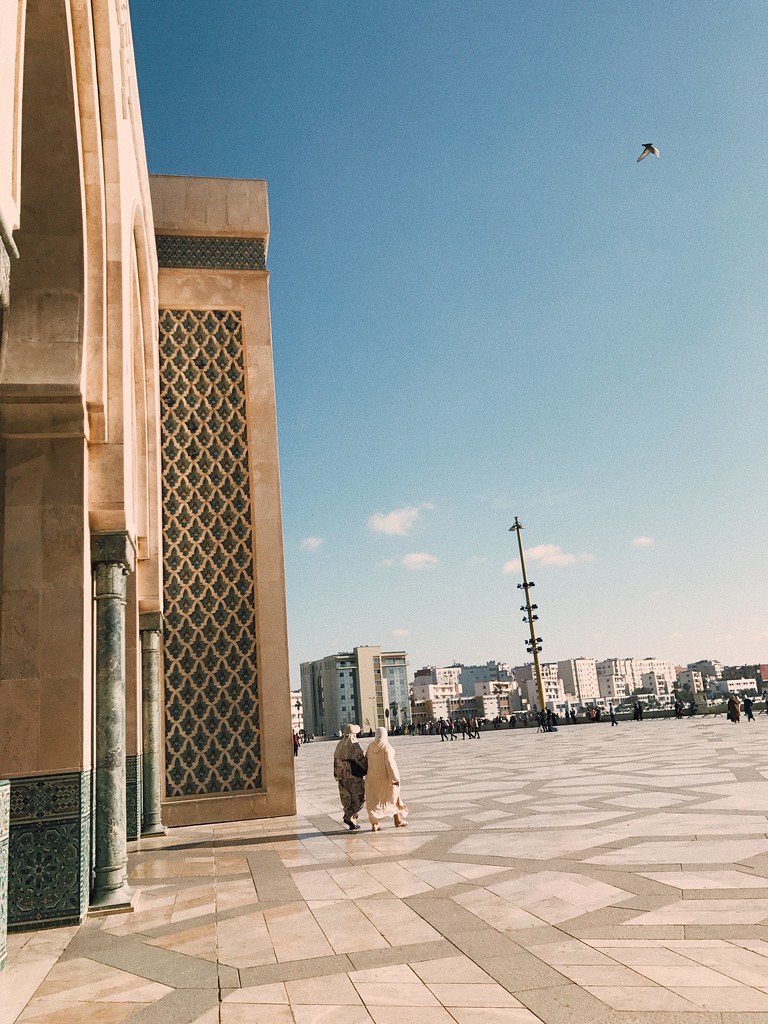 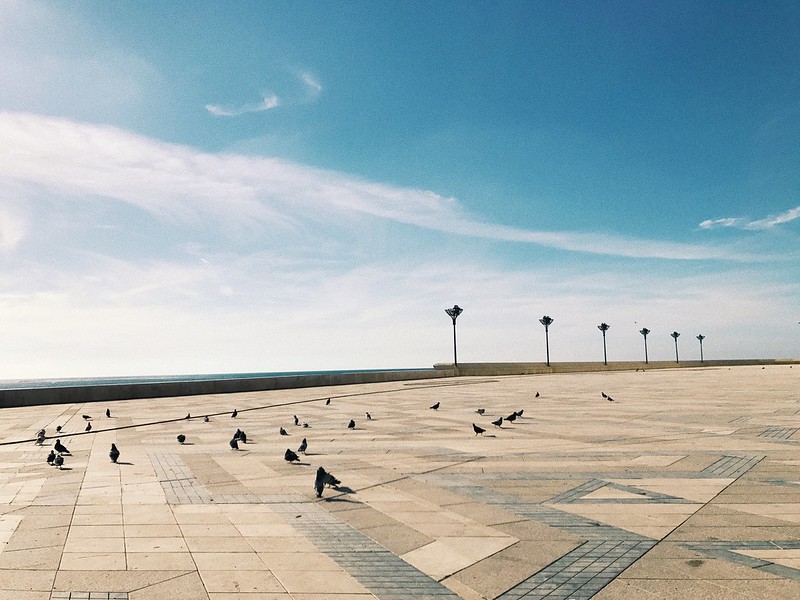 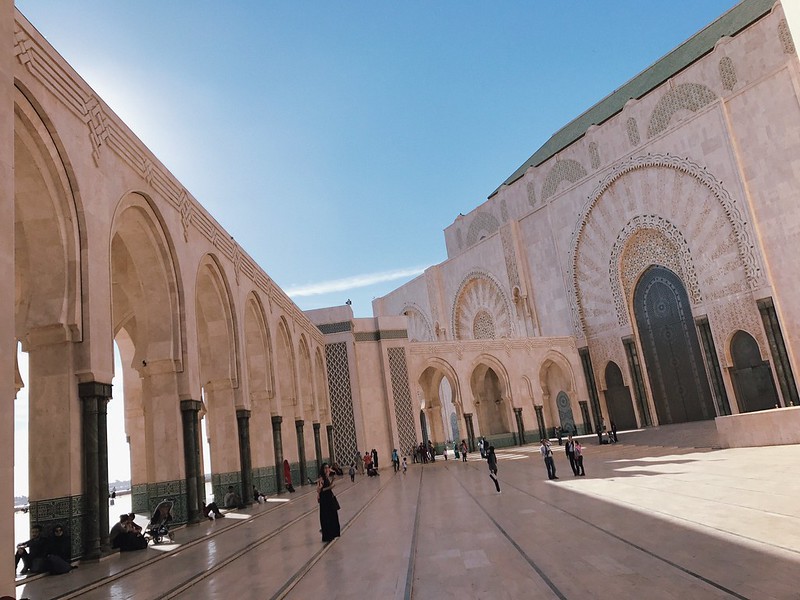 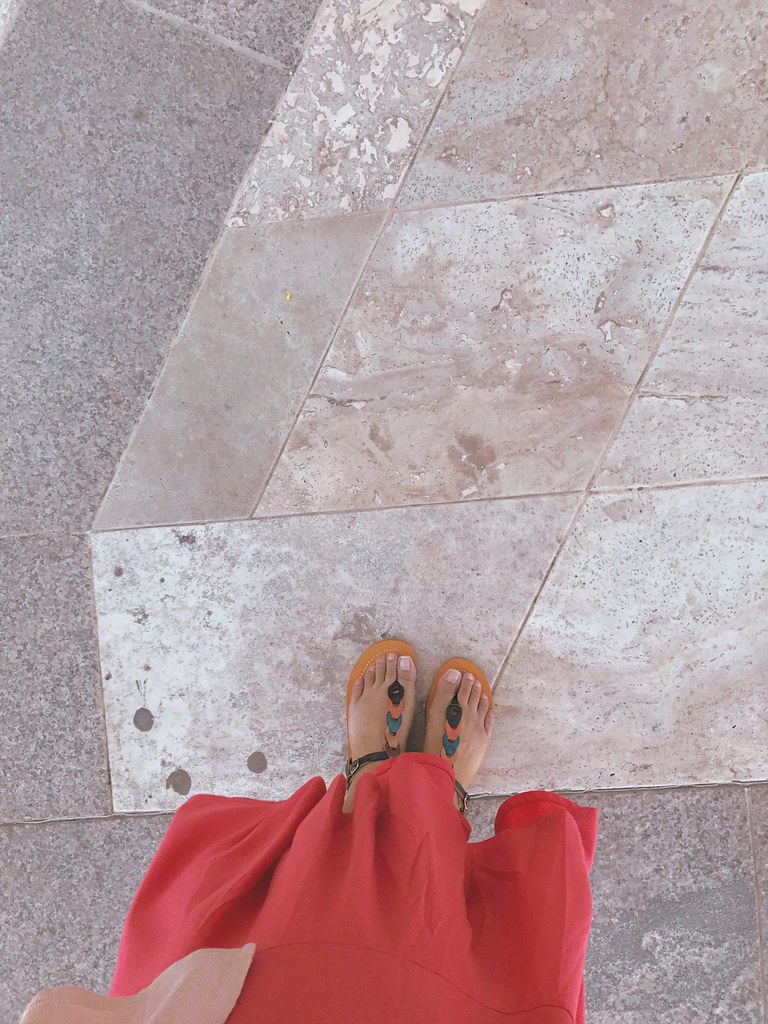 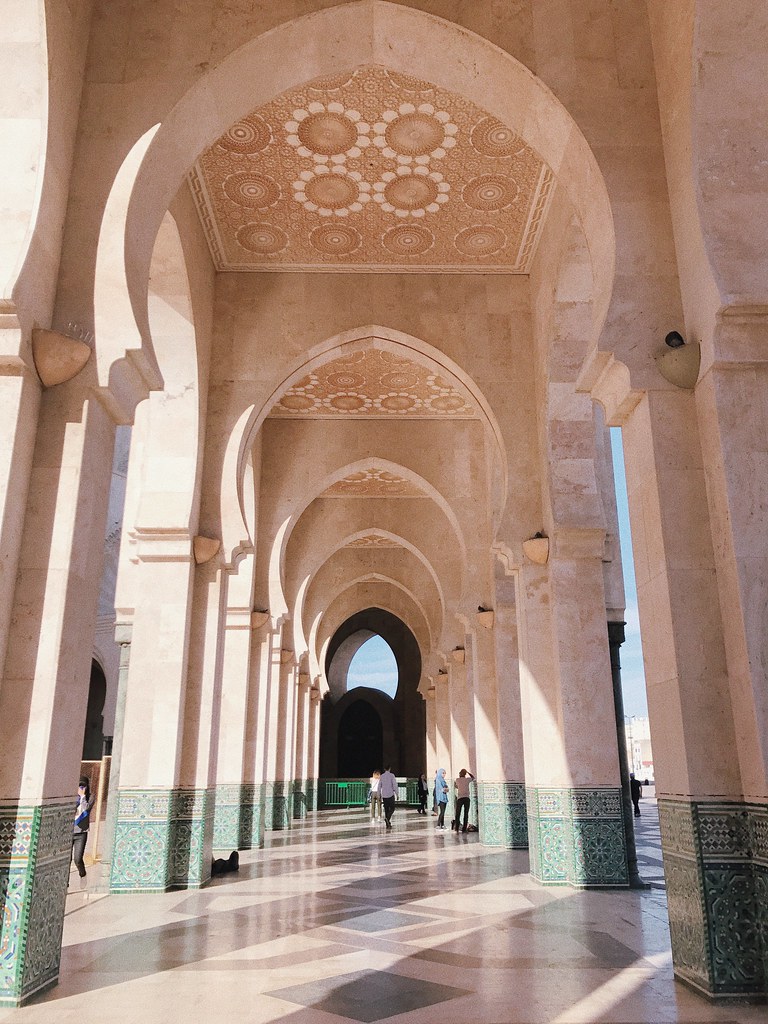 Up until that moment, I thought I was immune to the bad encounters women travelers have told me about Morocco. I know it could’ve been worse—I met a British lesbian couple in my hostel in Chefchaouen who told me a really creepy man had ruined their trip in Fes, stalked them as they moved from one shop to another, even getting close enough to hiss into their ears—so I’m just grateful I got out of that tricky situation scot-free.

One thing I learned about travel, especially when going at it solo, has been that it’s not all sunshine and unicorns and rainbows. You don’t see the flip side of things on a curated Instagram feed that highlights only the good. And while there’s nothing wrong with that—everybody’s guilty of this—I think there’s a need to acknowledge the darker, lonelier side of being on the road. There are things that happen that rock your core, events that awaken and force you to face your inner demons, relationships that become estranged or lost…it doesn’t always bring out the pleasantest sensations in the world.

But…I still love it in its entirety—the good, the bad, the discomfort and the delight and the discombobulation (BOOM! Told myself I would use the word one of these days). It’s a brand of sorcery that I would willingly “endure” every single time…

Which brings me to an article I read recently by Mark Manson  about “The most important question of your life.” I feel it fitting to conclude the entry with an excerpt…

If I ask you, “What do you want out of life?” and you say something like, “I want to be happy and have a great family and a job I like,” it’s so ubiquitous that it doesn’t even mean anything.

A more interesting question, a question that perhaps you’ve never considered before, is what pain do you want in your life? What are you willing to struggle for? Because that seems to be a greater determinant of how our lives turn out.

Is it weird to be happy about knowing the kind of pain you want in your life?