As we made the relatively short walk from the last Muni stop at Van Ness Avenue to Pier 39, my sister suddenly stood still and let out this unnaturally girly squeal. As she isn’t really the type to react that way (I firmly believe she is half male, half robot), for a minute there I thought a celebrity sighting of Leonardo Di Caprio magnitude was imminent. With my heart thumping, I turned to where she was pointing and finally saw the culprit.

It was staring straight back at me. 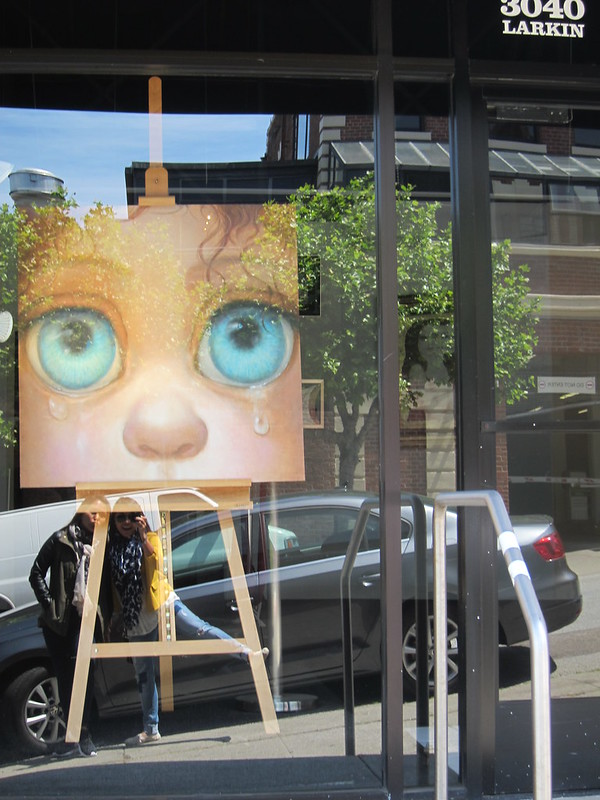 Turns out we had somehow stumbled upon Keane Eyes Gallery, which houses internationally acclaimed artist Margaret Keane’s work. If, like Jon Snow, you know nothing—about the artist, that is—or you haven’t seen the film “Big Eyes” where Amy Adams and Christoph Waltz play Margaret and ex-husband Walter, respectively, then a little backgrounder is in order. 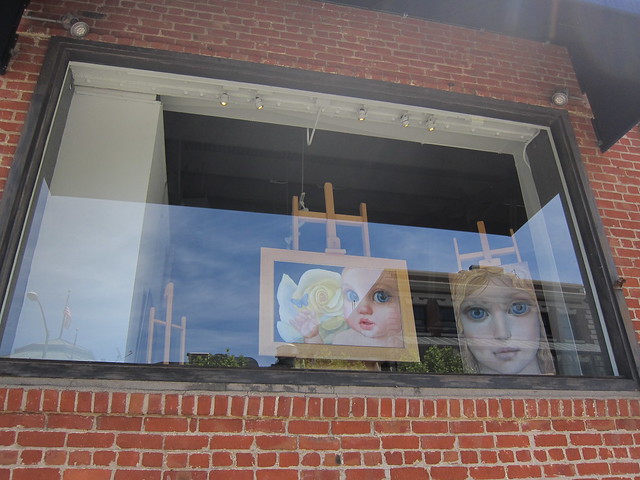 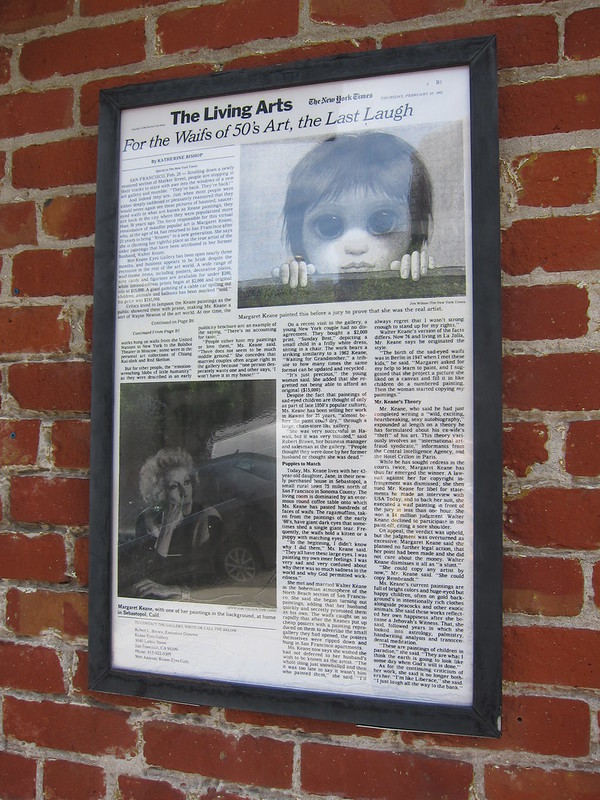 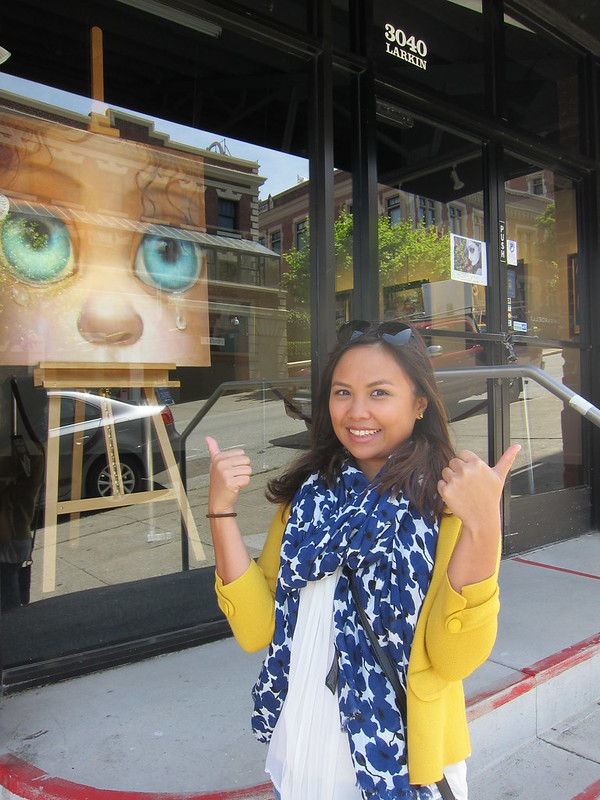 Back in the 1950s, when women artists weren’t exactly as embraced by the art world as their male counterparts, Margaret Keane sparked a movement with her commercially popular saucer-eyed waifs. Painting mostly women, children and animals, the talented Mrs. Keane was unknown to the public for quite some time, as her then-husband Walter Keane somehow managed to convince her to let him take credit for her work. Walter Keane made millions off her weepy-eyed, wistful masterpieces and his con went on for years, even beyond their marriage, and finally ended in a trial where the judge—after enduring the circus act Mr. Keane had set by representing and cross-examining himself—ordered a “paint-off” to prove once and for all who the real artist was. Margaret finished her portrait within the hour; Walter, on the other hand, claimed to have a shoulder injury. He never painted after that.

Directed by Tim Burton (who else would do this story justice?), it’s a really heartrending story of a woman (in photo with Amy Adams above) who finally found the strength to not only claim what was rightfully hers, but who also found her voice in the process. The fact that much of it is set in one of my favorite parts of San Francisco—the very bohemian North Beach district—makes it an instant favorite. Definitely a film I wouldn’t mind watching again.