This may be a little morbid for a Friday, but I just read this article about Bhutan’s dark secret to happiness—“You need to think about death for five minutes every day,” a man named Karma Ura said—and it brought me back to my first trip to Sagada many moons ago wherein I learned about their unique burial rituals.

It was my first afternoon in that side of Mountain Province, and my friend Tracey and I (and an entire band of Architecture students from UP Diliman) made the long walk to what I always deem to be among Sagada’s most hauntingly beautiful places, Calvary Hill and Echo Valley, where the locals bury their dead. 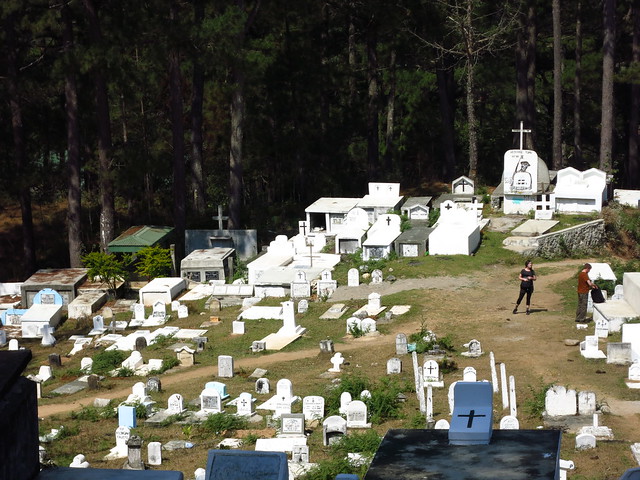 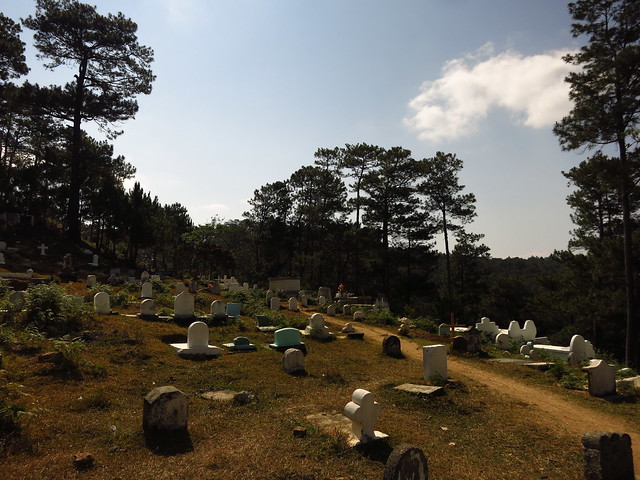 Sagadans, I learned, regard the spirits of their deceased ancestors, whom they call anitos, as the most important category of the supernatural. They are very particular when it comes to where the departed are laid to rest.

Raffy, a Sagadan who joined us the following day on our visit to the mouth of Sumaguing Cave where we were greeted by the sight of wooden coffins stacked against the cave’s walls, explained the many intricacies surrounding their burial practices.

Unlike the more conventional tradition of holding wakes before burying the dead six feet under, Sagadans lay their departed to rest in hanging coffins securely perched on the cliffs of Echo Valley. It is said that the higher the coffin is located, the closer the soul will be to heaven. 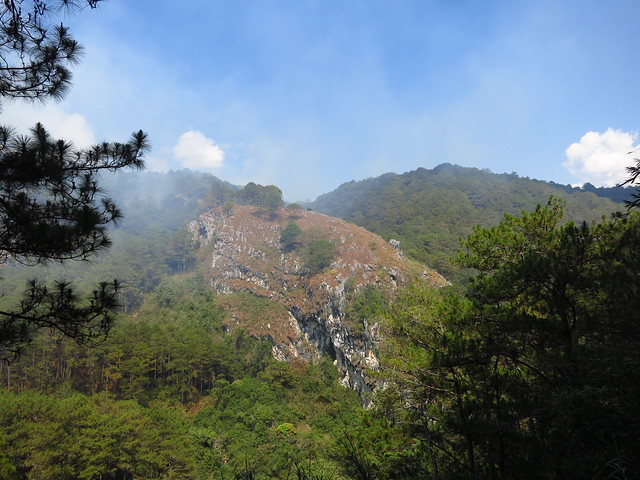 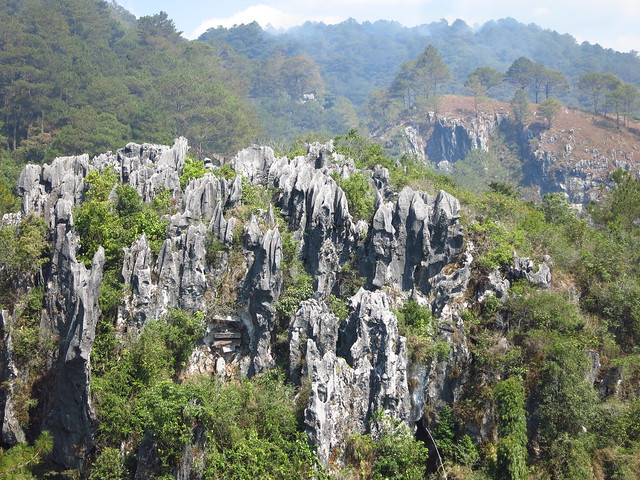 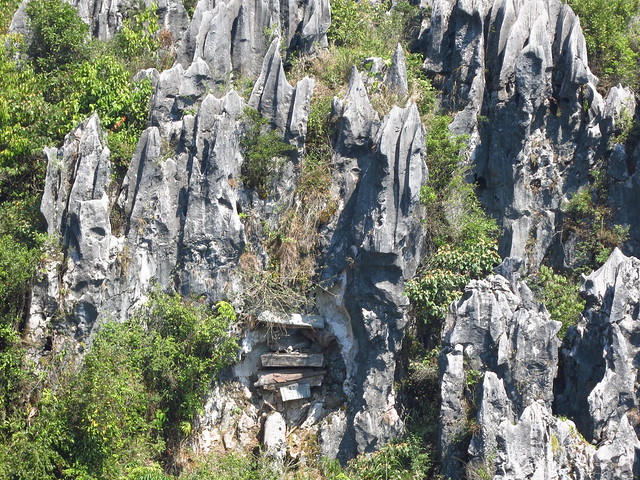 There are also different burial sites for different kinds of death—women who died in childbirth, suicides, children, babies, and even people unable to marry while alive.

As for the small wooden coffins stacked on the mouth of Sumaguing cave, quite like the hanging coffins, the higher a coffin is placed, the easier it would be for the soul to see the light and be guided to heaven. 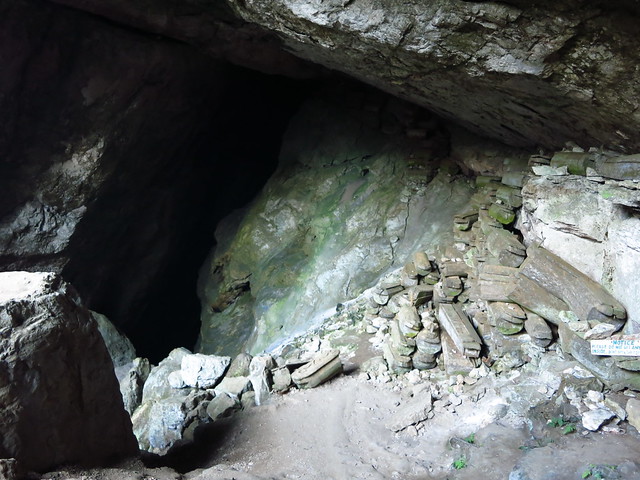 Remarking on the small size of the coffins, our guide said the deceased are wrapped in ceremonial blankets and compressed in fetal positions—the very form in which they entered earth. 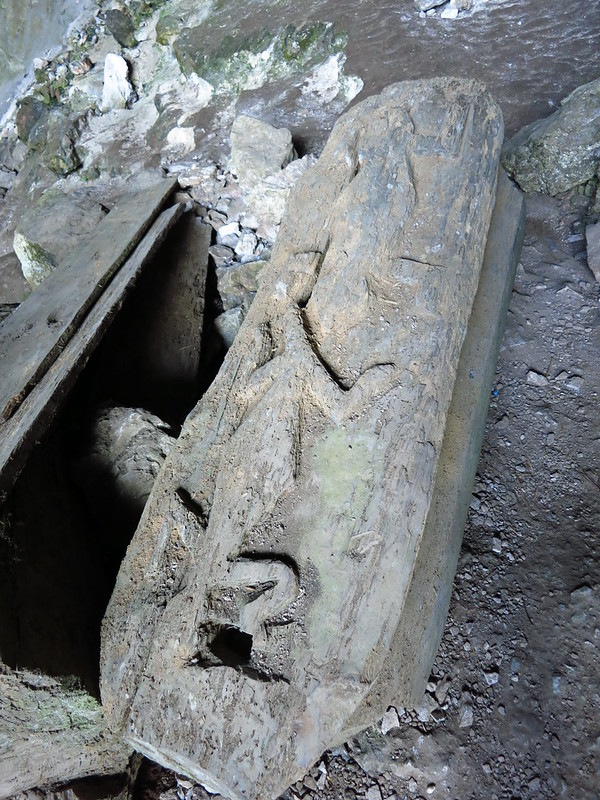 Deemed by Sagadans as bad spirits, suicides are buried and sealed within the deepest parts of Echo Valley to keep their spirits from coming out of their coffins and haunting the people they left behind. 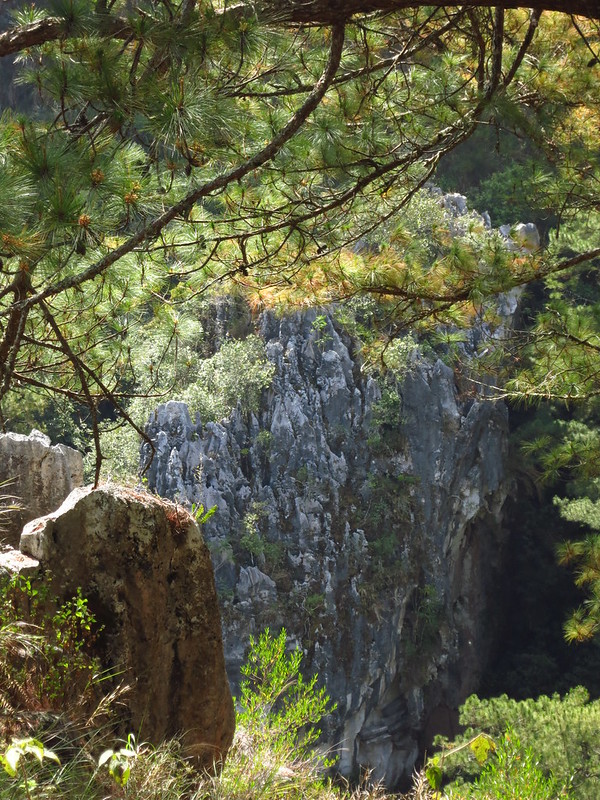 That same afternoon, when students were shouting their Hellos toward the mountains and having their words echoed right back, I felt a shiver and the hair on the back of my neck stood up. Clearly, that experience spooked me a bit.

Are there any unique burial rituals that you came across during your travels? Feel free to share them in the comments below :D

One thought on “Mountain Province: How the Sagadans bury their dead”