Many moons ago, when I found myself in the Golden Triangle—Thailand behind me, Laos in front of me, and Myanmar to my left—I found the concept of being at the crosspoint where three countries intersect, thrilling. The idea of being in three places at once—even if it was really just on a boat cruising the murky waters of the Mekong river—amazed me so much I couldn’t wipe the silly grin off my face.

That feeling hit me again unexpectedly when I went on my 40+-day sojourn across Turkey, Israel, and Morocco.

I suppose it shouldn’t have, had I actually spent time reading up on these places, but as I had taken a detour from my meticulously planned Eastern Europe + Morocco itinerary (I have my third world passport and the French embassy to thank for that) and last-minute work left me with no time to research, it was precisely this element of surprise—amazement, really—that was the common denominator tying my experience of all three countries together, making traveling to these places more gratifying. 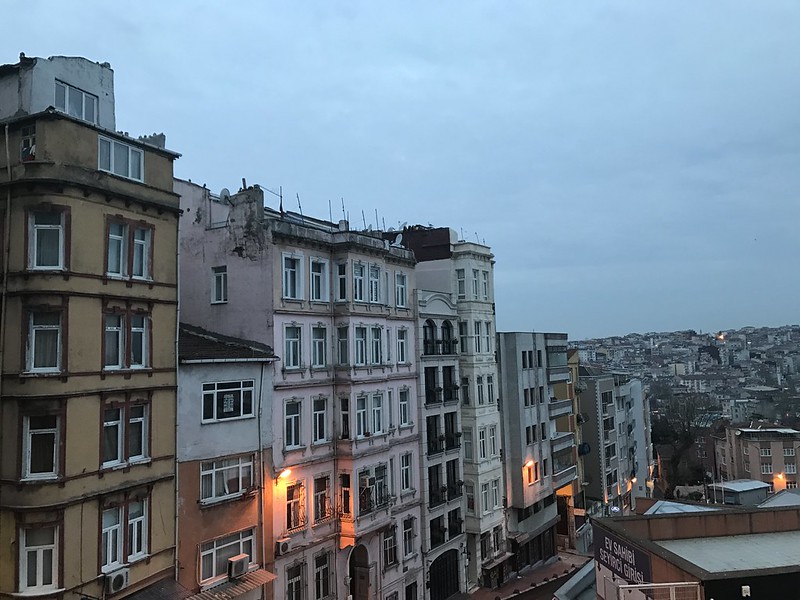 It started day one when, after a lengthy 12-hour flight from Manila, I arrived bleary-eyed at the ungodly hour of five to a slowly rousing Istanbul—”The most Western part of the East, and the most Eastern part of the West,” related Pico Iyer in his article on the city torn between old and new. I discovered upon laying out the map of the city, that unexpectedly, even without a Schengen visa, I was going to enjoy my first meal of the day in a new continent. 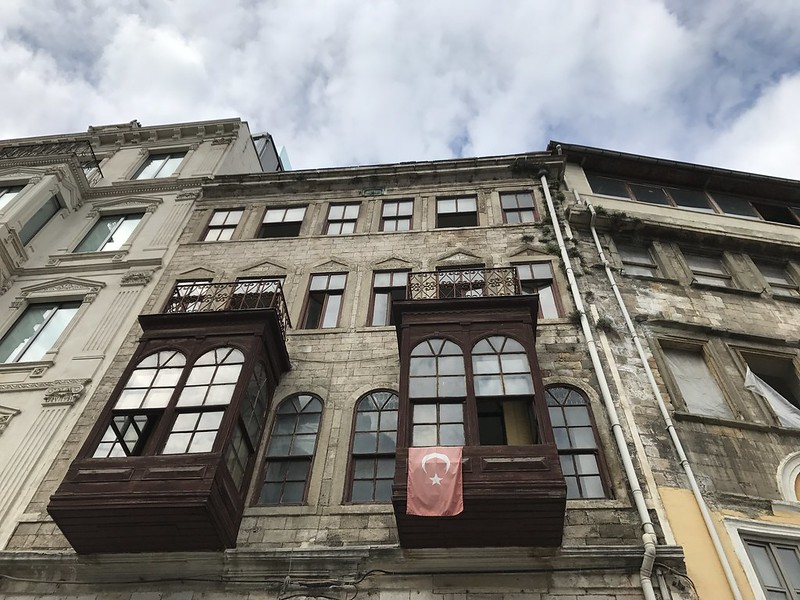 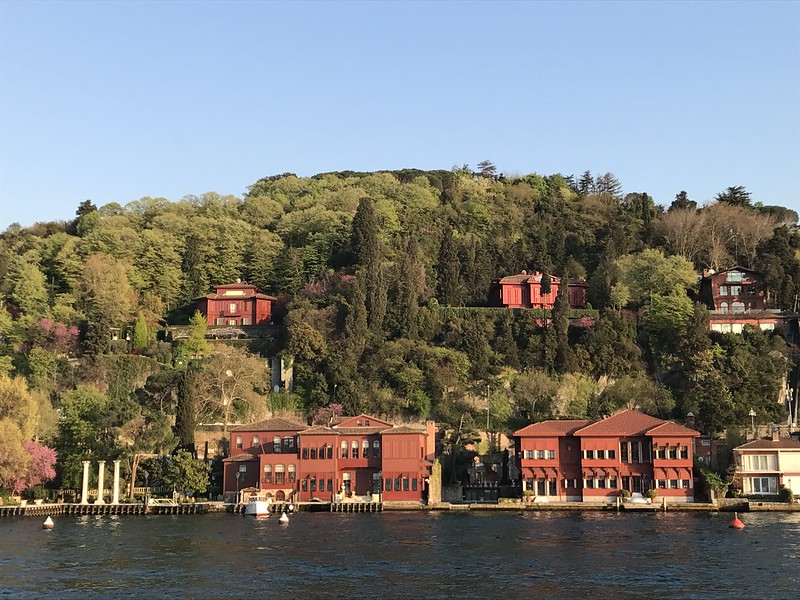 Discovering that was such a delight that all the tiredness from the long-haul flight evaporated and the next thing I knew I was on my way out to find Orhan Pamuk’s Museum of Innocence, a decrepit rose-colored building in a quiet alley a few kilometers away from my cozy La Casa Pera Loft apartment. It didn’t matter that the walk turned out to be almost entirely uphill—Istanbul could give the steep hills of San Francisco a run for the money—I was in high spirits and looking the cheery, nonsensical outlier amidst a sea of serious-looking, leather jacket-clad Turks walking along bustling Istiklal Caddesi where chestnut and simit vendors, and street musicians and bulldozers (they were repairing one of the city’s main arteries) are a dime a dozen. 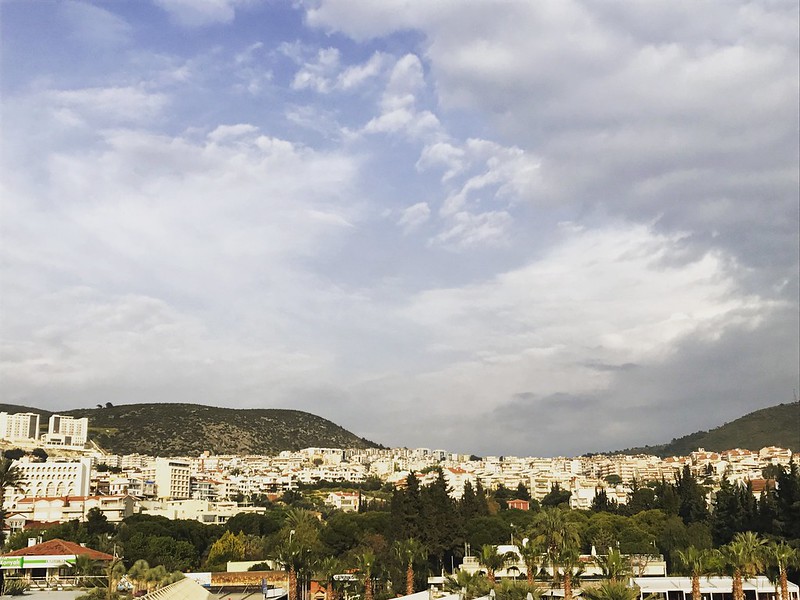 The same delight followed in Kusadasi, the coastal city facing the Aegean sea and home to the most stunning sunsets I’ve collected. I found out from Savas that the nearby island I see from my hotel window was Samos, Greece. 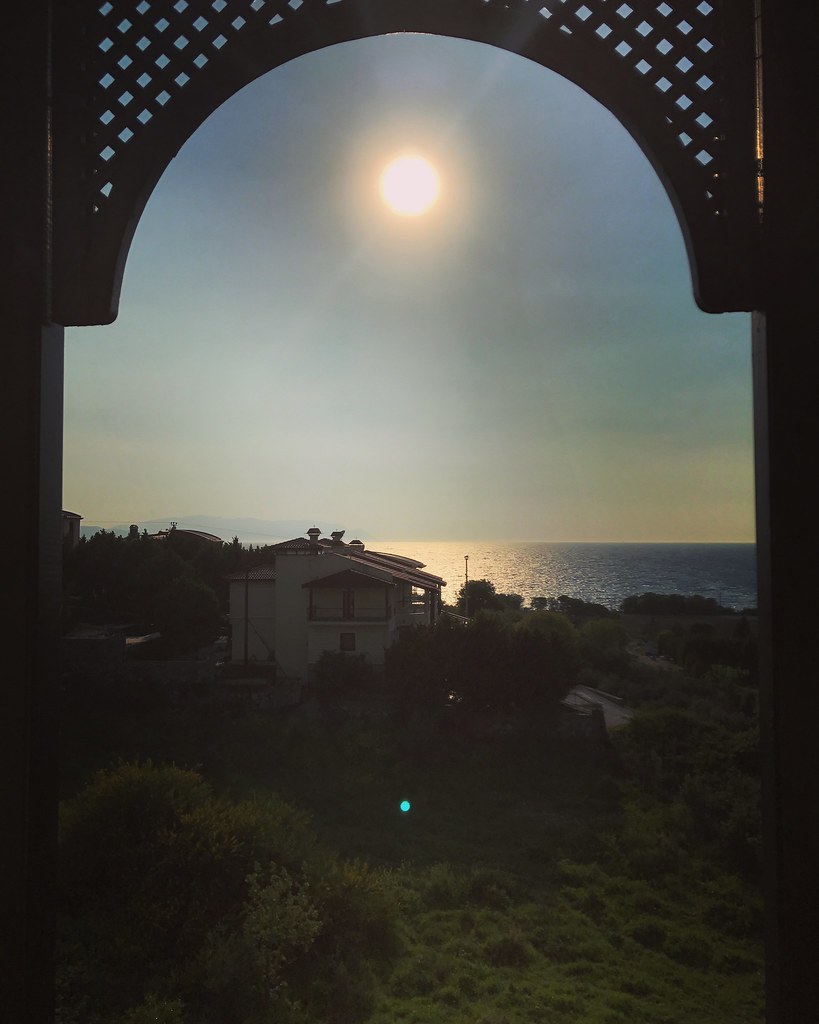 Images of Santorini and Athens rushed through my mind, but were eventually replaced when I found myself in Hierapolis and Ephesus a few days later. To be in destinations I’ve only until then read about in books on ancient civilizations—the Temple of Artemis! The Library of Celsus! Cleopatra’s Pool! Temple of Apollo! Hercules Gate!—hearing Savas and Orkan utter these names while pointing out one site after another was music to my ears. At one point I think I teared up a little and had to pretend I was coughing to hide the fact that I was overcome with emotion. Haha. 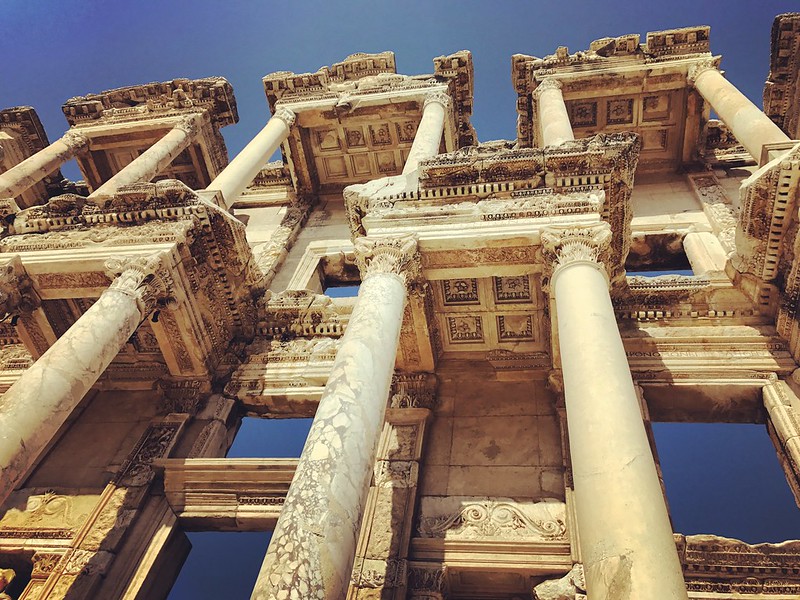 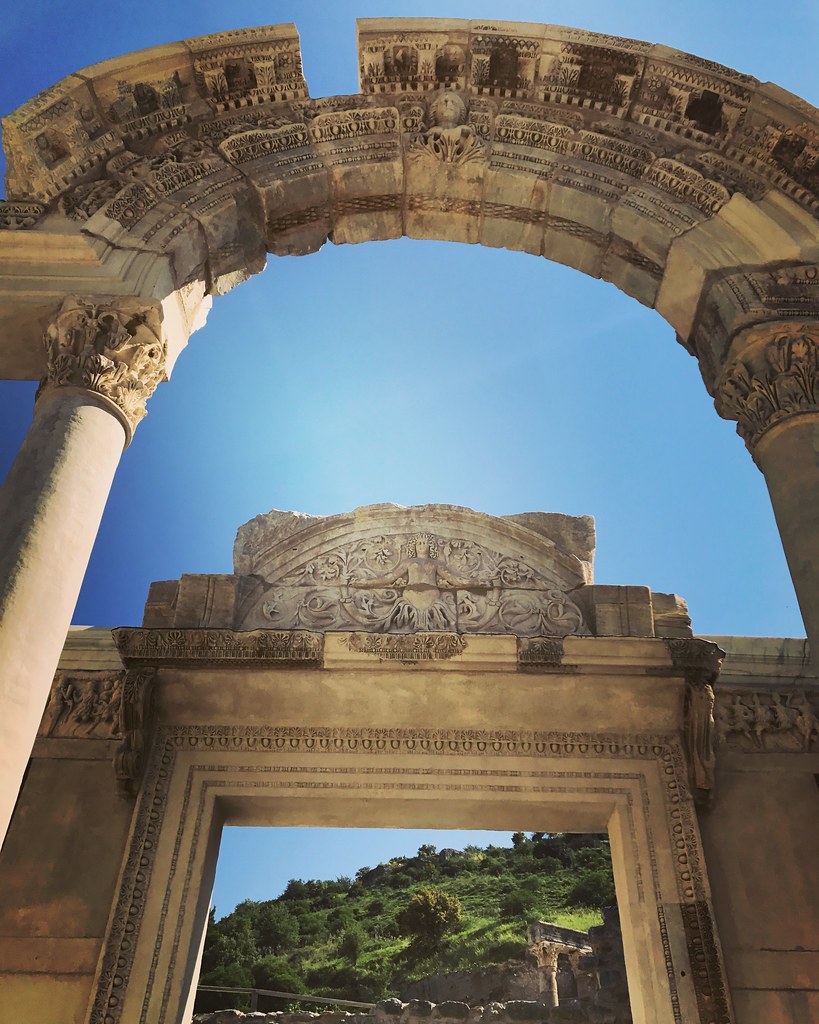 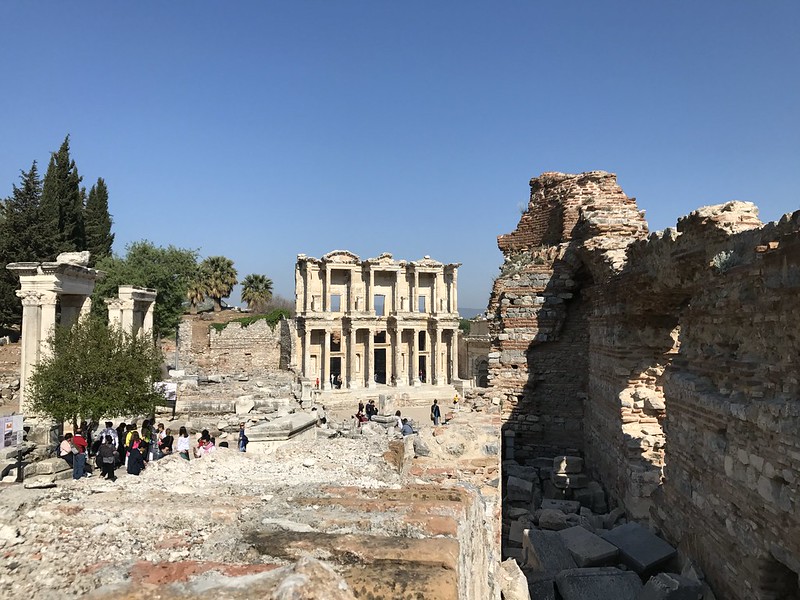 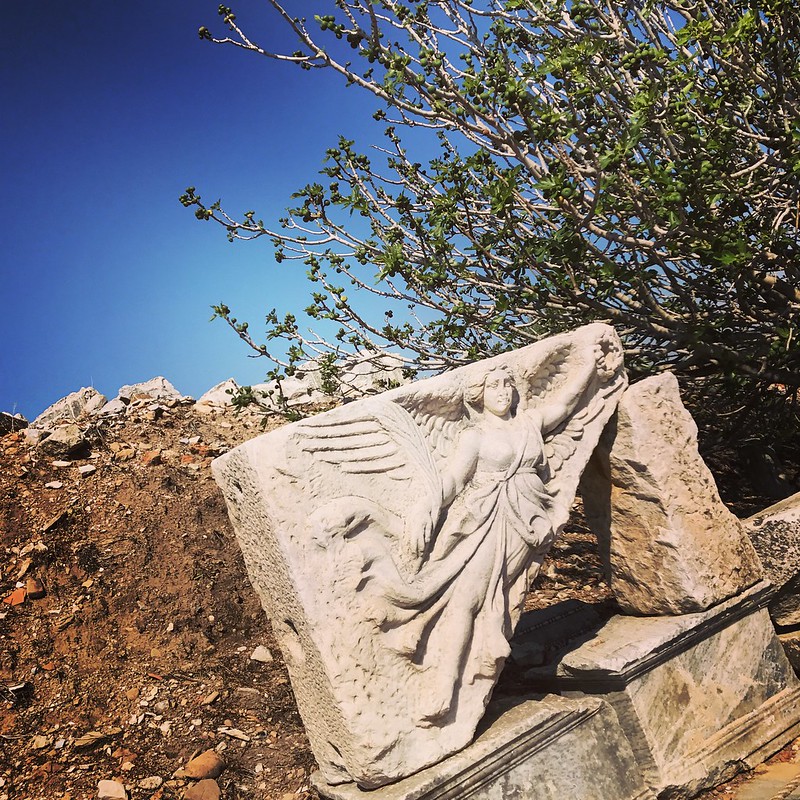 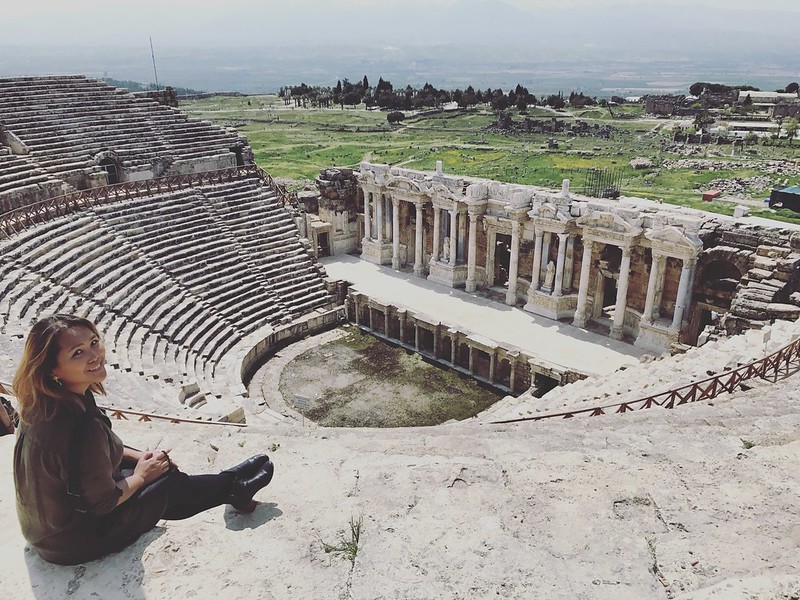 Amazement came again when I went to the Israel side of the Jordan River. I’m not the most religious person in the world, but having lived in the only predominantly Catholic country in Southeast Asia, the Jordan River has always figured prominently in the years I studied in a Jesuit university. Said to be the place where Christ was baptized, I found myself by the river witnessing a group of believers, all in white and singing hymns of praise, wading slowly into the waters. I don’t know what wowed me more then—being witness to the solemn ritual or the fact that Jordan was literally two freestyle strokes (and an Israeli soldier twice my height) away. 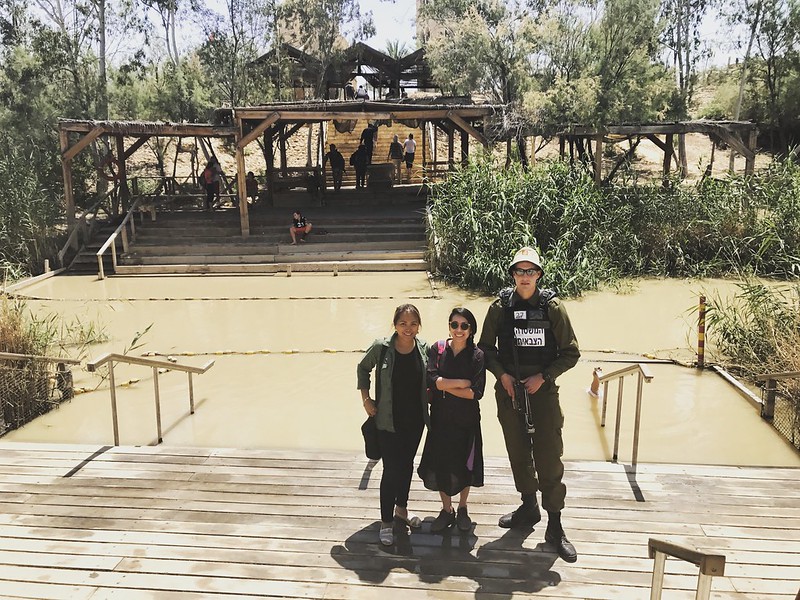 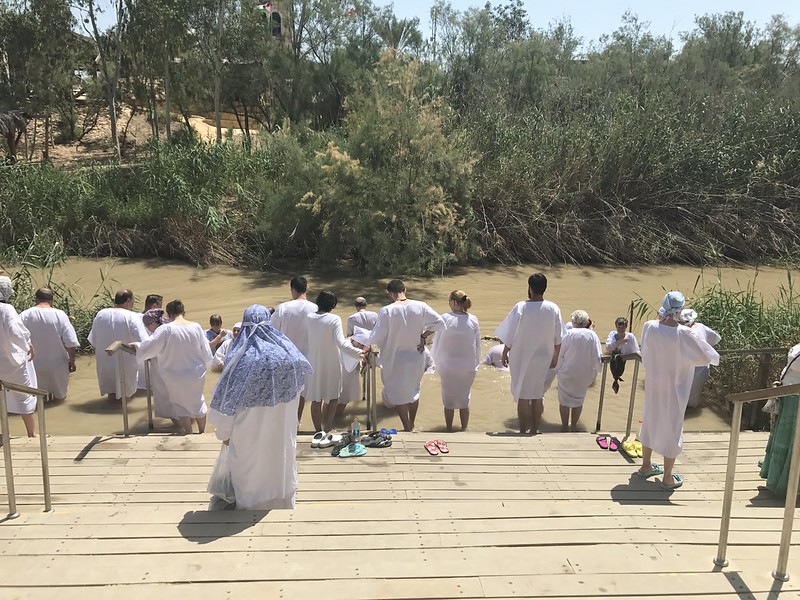 Seriously, being in such places struck me with wonder. Silly as it sounds, these crosspoints are like the holy grail of my wanderlust—I simply must find myself in all of them. 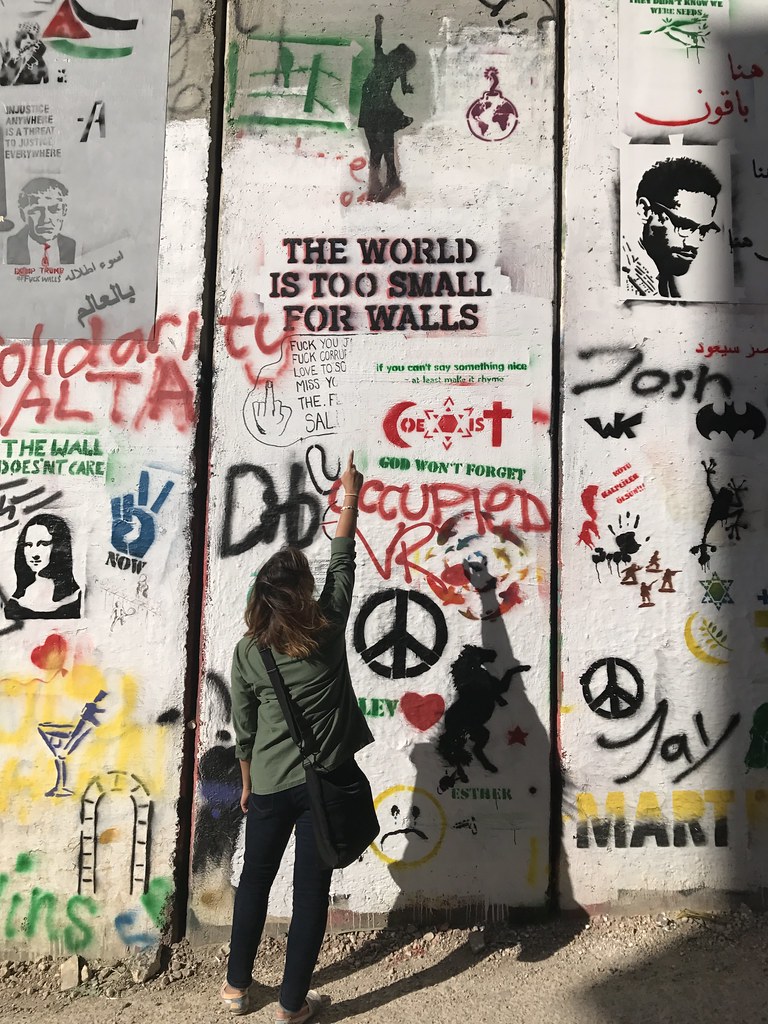 What I did not expect to have such a profound effect on me was visiting Israel and Palestine. I think this was really the biggest surprise. I’m not even going to go into the geopolitics of it all because, after reading literature written by both sides of the dispute (and that term is really putting it lightly), as an outsider, you can’t really judge things from a macro perspective and without having stayed in the place for a time. If anything, what this trip has done is make me realize how complicated the relationships are among countries in the Middle East – especially in relation to the Jewish State. It’s a reality so far removed from mine, that I can only imagine how this is taking a toll on the daily lives of both Israelis and Palestinians. Their definition of “normal” is such a departure from my own and I guess trips like this, if anything, are a privilege check. It makes you see that the things you take most for granted are what others are struggling to achieve. Being in Israel was exactly that; it was as much a delight to explore as it was a humbling experience. The word “borders” took on a deeper meaning after visiting this little corner of the world. 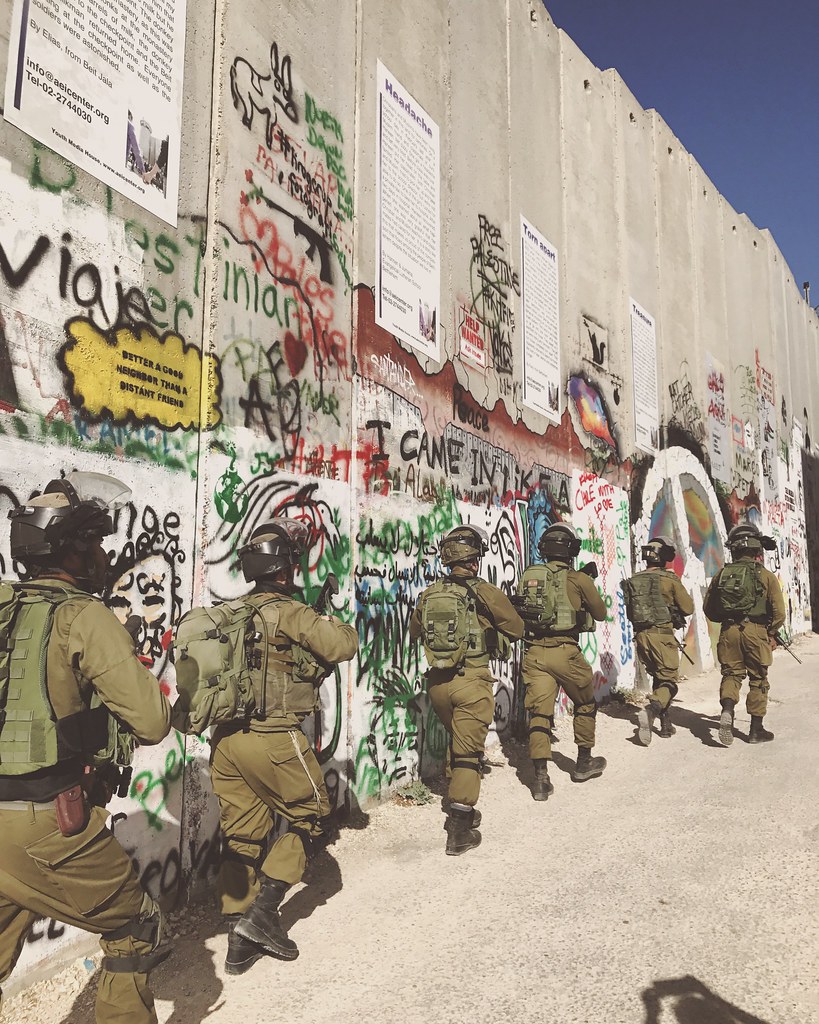 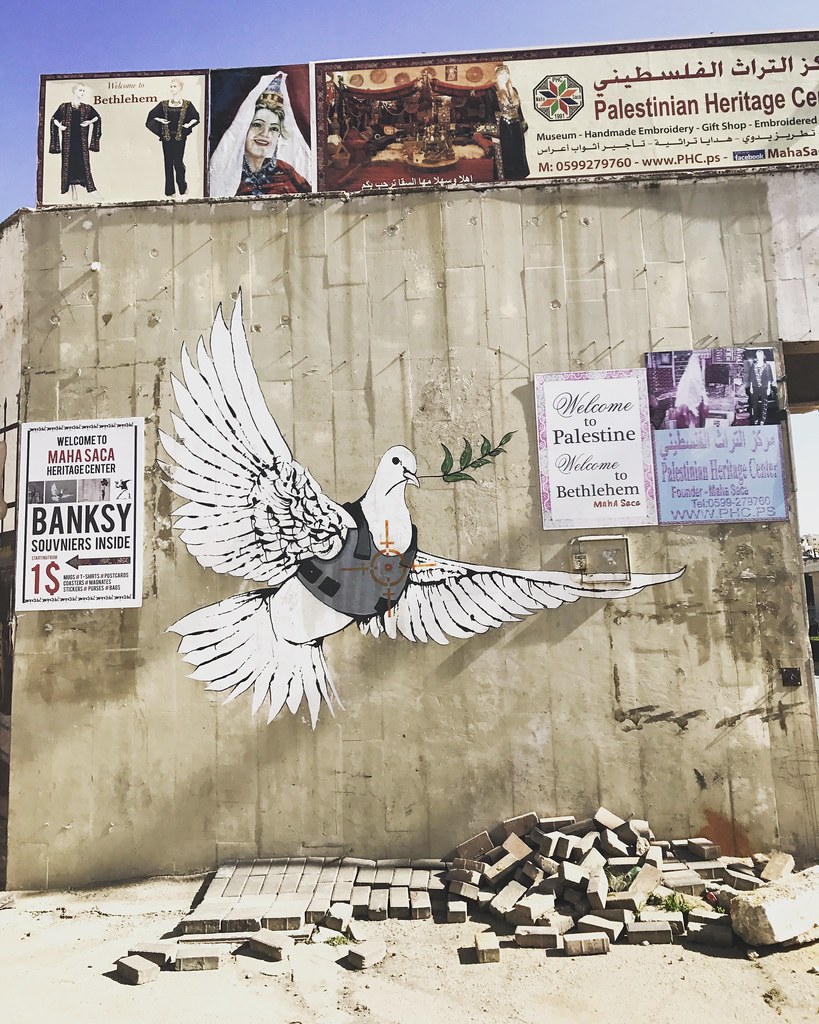 As I look back on the incredible, mind-widening month that was, I’m glad I ended up taking my “detours”. It was a little nerve-wracking at times, being stopped at the boarding gate and waiting the tense few minutes while they check if I can indeed get into the plane without a visa (even when I already knew I could, I’d start doubting it haha), and even more so during security checkpoints with officers asking me about my weirdly planned and timed itinerary (I left Istanbul during its referendum and was coming back in time for its national sovereignty day, one officer pointed out), but what it ended up accidentally doing was put a lot of things into perspective. It also piqued my curiosity and interest. It added depth and layers and colors to these places, making me want to learn more about them so I can come back aware of the nuances you don’t really read about in the travel brochures. There’s definitely more to these countries than what meets the eye (or how glamorous Lonely Planet and The Matador Network make them out to be).

I don’t know about you, but it’s unlocking these gems, these ideas, these unexpected lessons (and that occasional slice of humble pie, maybe) that makes traveling truly worthwhile.

2 thoughts on “When I was a sneeze away from Jordan, and torn between two states and continents”