One of the funniest moments of 2016 came while canyoneering in Badian, Cebu.

It was borne out of sheer frustration—not on my part, but that of a canyoneering guide we encountered as we made our way downhill to Kawasan Falls. My friend B and I were taking turns at attempting to jump off the highest cliff along the trail, a particularly narrow one that added to our fear of heights a fear of hitting the face of the opposite cliff, and we were holding up the line.

When I was at my third attempt at telling B to go first, one of the guides screamed, “AY DIOS MIO! TUMALON KA NA!! (OH MY GOD! JUST JUMP!!)”

Apparently exactly the push I needed.

Whoever he is (never even got to see his face) jolted my hesitant ass into motion. Swung one leg forward and then stepped into oblivion. A second later I hit the water and adrenaline was shooting into my system faster than it took for me to surface from the river. Needless to say, it was one of those really exhilarating moments that only happen when you cross the threshold of fear. Haha thank you, kuya! 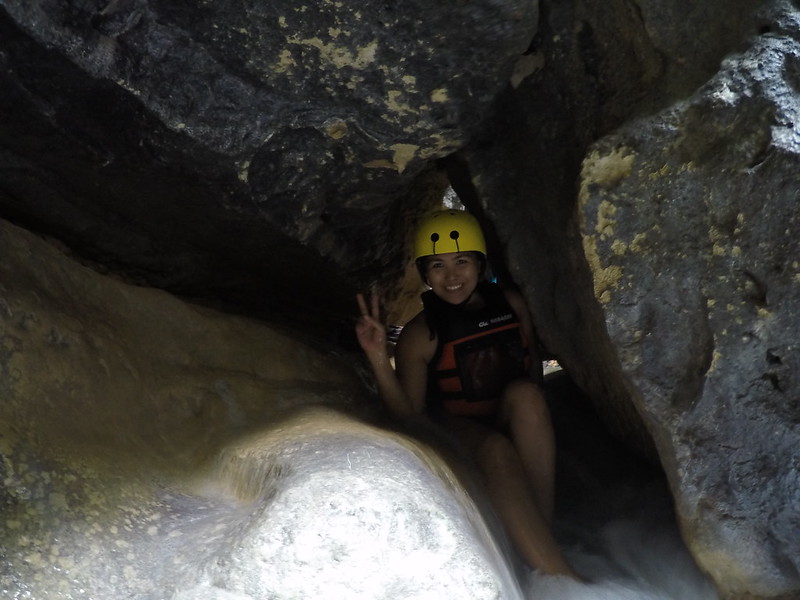 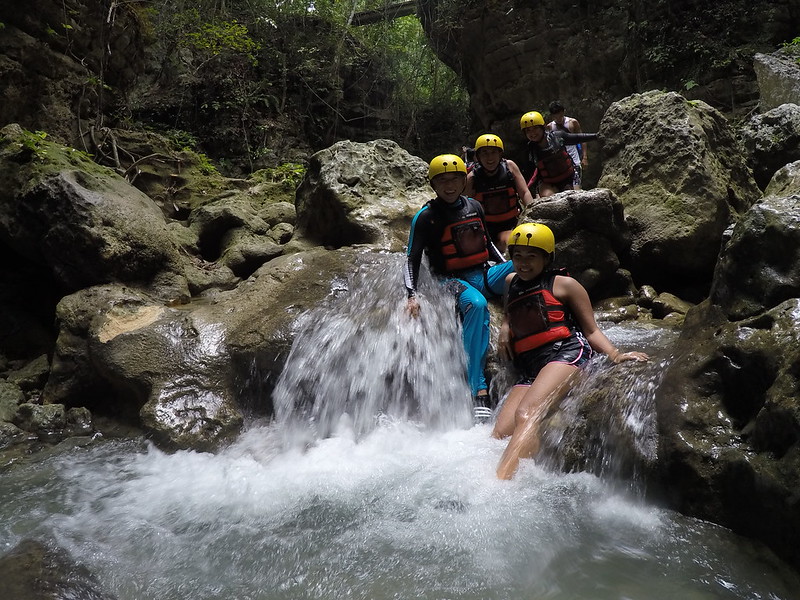 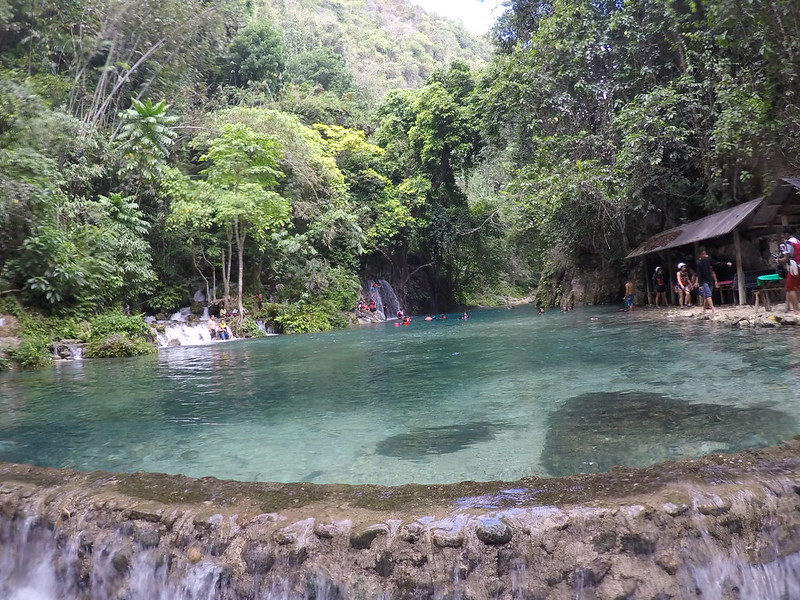 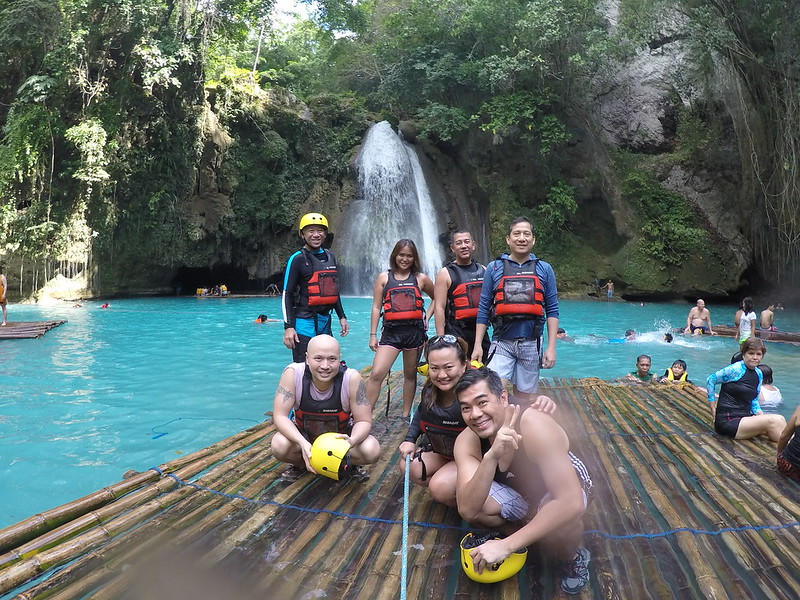 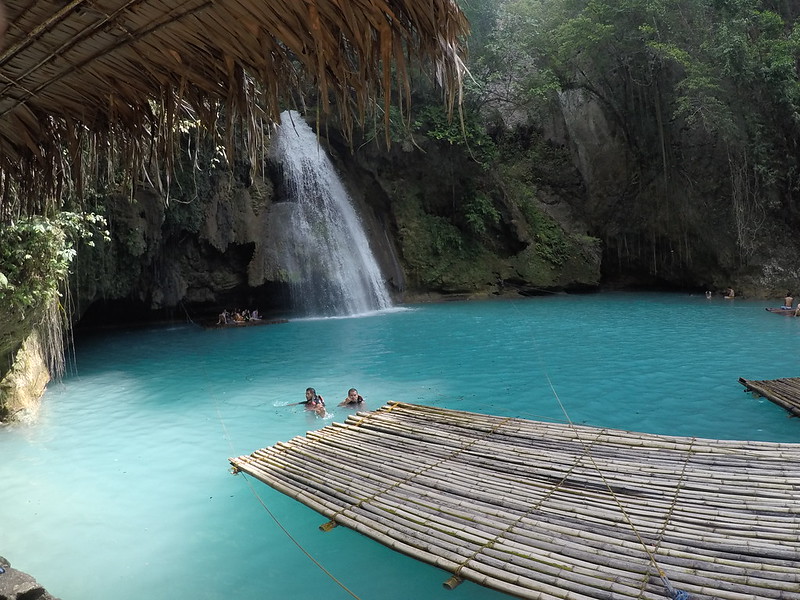 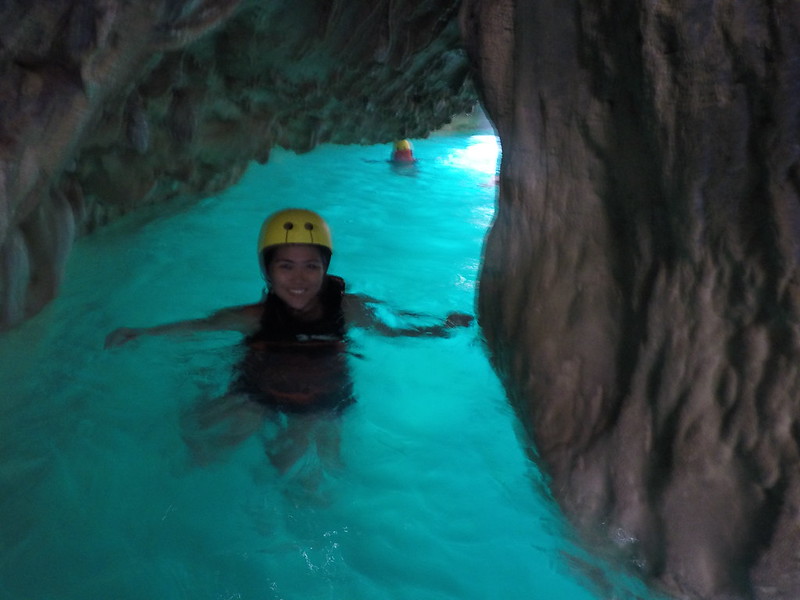 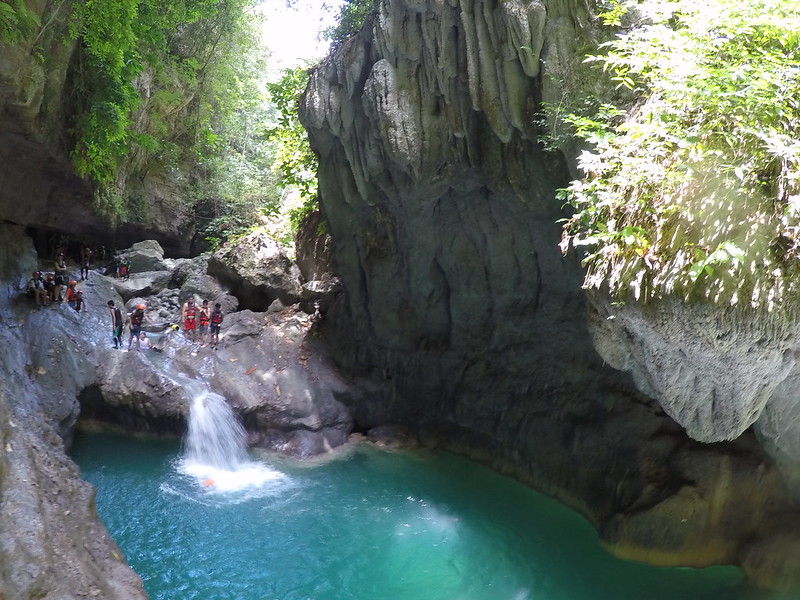 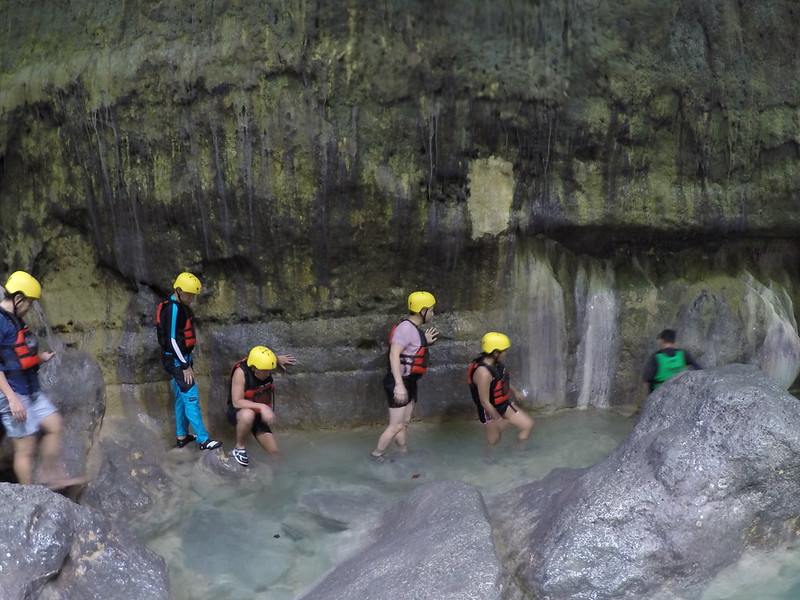 Shots mostly taken by our guide who made running from one part of the canyon to another look like Jesus walking on water.