While it can be argued that three full days simply isn’t enough to truly get to know a person, throwing a crisis into the mix will usually leave you with a number of telling hints…

Such is the case of Martin Kim, co-founder of eco-friendly urban casual footwear brand Freewaters, who along with a crew of media representatives, influencers and VIPs en route to Casiguran, Aurora, found himself stuck in the middle of nowhere after quite literally hitting a snag on the road. The van leading our caravan of three vehicles had swerved unexpectedly to avoid collision with a speeding motorcycle, consequently falling off the paved highway—front tire haplessly pinned between cold, hard concrete and rough, muddy road. The fact that the van could’ve toppled over had the driver gone over 100kph, did not escape anyone’s attention.

While the Northern Luzon countryside isn’t exactly a bad place to find one’s self stuck in—the sky fills in every corner left unoccupied by emerald green rice paddies and stunning mountain ranges—time was of the essence that day. The Agta indigenous people (IP) in Casiguran were eagerly anticipating our arrival, as Freewaters, along with its Philippine distributor, the Primer Group of Companies, had teamed up to organize this event that will remedy a pressing concern that currently plagues the coastal community, one of the hardest hit by Typhoon Lando: access to clean drinking water.

Acting with urgency to avoid missing our appointment, Kim took it upon himself to immediately do the following: first, test his strength by trying, with the drivers, to lift the van out of its hiccup. And when that didn’t work, he rolls over a huge, heavy rock and uses it as leverage to release the van. All the while, he shoots off helpful, encouraging instructions to the driver, and in 20 minutes flat, thanks to his hands-on management of the situation, we were out of there and on our way to the day’s final destination.

At this point, one could easily surmise that Kim is all serious business, but the time we spent with the Agta community debunks that assumption. This guy clearly does not mind getting off the program to squeeze in a little fun. As the older members of the community listened to the instructions given by the organizers on how to use the water filtration system Freewaters had donated, he unwittingly distracts the children with his drone camera. Initially shy, the kids now squeal with delight, running after the drone overhead before finally encircling Kim, their smiles making us forget the morning’s mishaps. 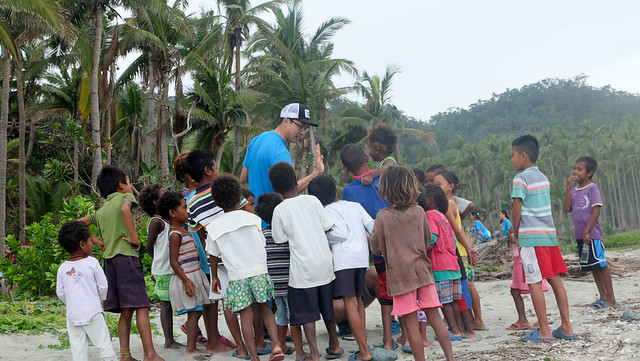 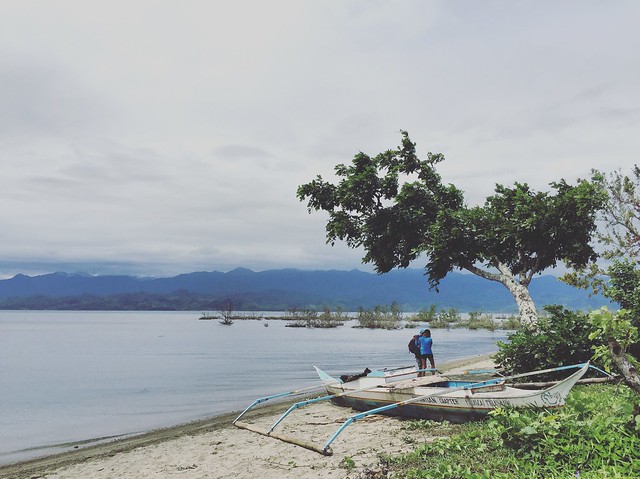 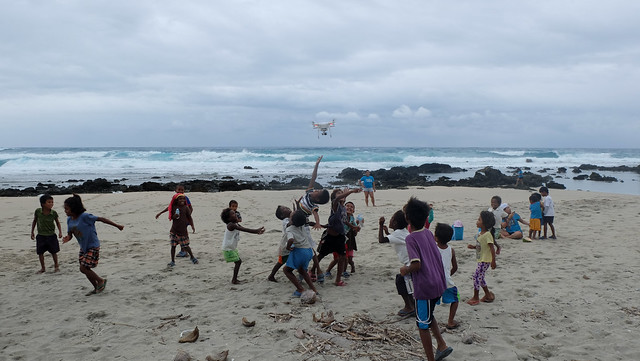 “At the end of the day, it was the kids that made me smile today. I’m sure they’re talking about the ‘flying drone’ tonight, and I see something like this and think, maybe it’ll get them to want to do something. Maybe it’ll inspire them to think they want to grow up and make something like this, be an inventor, or a farmer, or an engineer,” shares Kim, adding that it is when his brand manages to “really connect with people” that he feels he has reached full circle. 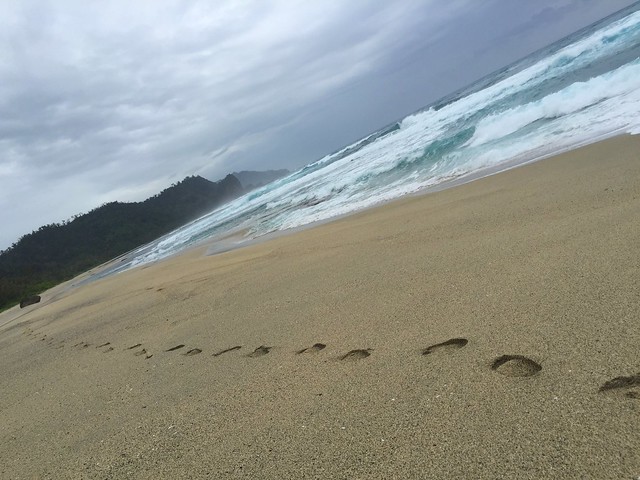 Passion project
Freewaters, a progressive footwear brand that caters to “those who chart their own path in life”, stemmed out of the founders’ passion for footwear design and innovation.

“I went to industrial design school in California and I have a snowboarding background. I designed snowboard boots and I had the great opportunity as a freelance designer to design footwear for pretty reputable brands. That’s kind of how everything started,” says Kim, who admits to being a shoeaholic. “I’ve always liked shoes very much. I collected sneakers when I was younger, and you know how you always follow your passion, right? I love what I do, and it’s pretty awesome that I’m having fun while doing this,” he shares.

A California native, Kim has always been drawn to the surfing lifestyle. “It’s kind of my life passion,” he admits. “I believe in staying healthy, having a lot of energy, and using positive energy. Surfing always leaves me feeling like I’m on top of the world—it’s what makes me smile, and I also see other people smile through surfing, and I think that’s a really good thing. It gives you that perspective that there are bigger things outside an office cubicle, and that drives and motivates me.”

A firm believer of living his life with purpose, Kim put up Freewaters with like-minded business partner Eli Marmar at a time when people were generally wary of leaving cushy corporate jobs. “We started doing Freewaters during the recession in 2011—everybody thought we were crazy,” he relates. Starting their venture during turbulent times, Kim shares they just did “what was natural to us” and while that may have resulted to some painful challenges along the way, the five years that followed is seeing some pretty great results for the company.

“We’re lucky to have found our niche when we did. Freewaters is definitely an urban casual brand—we’re not locked into one kind of style and design. Our name itself takes after ‘water’, which is really fluid and changes its form and its course, so we’re just really having fun with this. That’s always been our ethos and it’s what makes things more interesting and exciting for us in design,” Kim shares.

Freewaters works hard on using eco-friendly materials to make its shoes while still creating a product that doesn’t compromise on quality or performance. Products are PVC-free, are made using water-based glues, and are designed and developed entirely from scratch. “It’s how we ensure the highest standards in quality,” shares Kim, adding that they are thinking of collaborating with local designers for future collections.

Says Kim, “It’s an exciting time to come to the Philippines—everything is happening here, and as we grow the company, I’d love to hire a local Freewaters design team. It’s something I’m looking at in terms of structuring the business. We’re not the kind of brand from the U.S. who comes here, and dumps the product on consumers whether they like it or not, and don’t even consider what the customers want. I’m finding that’s not really the way to do it.”

Note: This is an unedited draft of an article I submitted to Style Weekend. Stupid old me forgot to watch out for the copy that came out some time March 2016. :D

2 thoughts on “Casiguran, Aurora: A change in every step”