Been a little stressed out by work this last month—or the lack of it; feel free to auction me off to the highest bidder—so when my editor G invited me to come to Anilao, Batangas with the full cast of her very Modern Family, the only reply to come out of my mouth was a very eager YES (!!!).

More than anything, I looked forward to making the long drive. Cruising along the South Luzon expressway at speeds not possible in traffic-plagued Manila has always been my idea of a good time, and Batangas has some of the most scenic routes. Course this time around I made sure to stay within the  100 kph speed limit because I’ve learned my lesson last November driving to La Union that CCTV cameras + speed guns can cost you three thousand bucks and a visit to the land transportation office. Not a trip I want to make again anytime soon.

So…Anilao happened on the last day of July. One of the nearest dive sites to Manila, I came ready to go on my umpteenth intro dive (just like surfing, I’m ever the serial beginner) but a storm was brewing beyond the horizon and the idea of watching mother nature throw a tantrum while downing a few bottles of ice cold beer appealed to my mood that day. 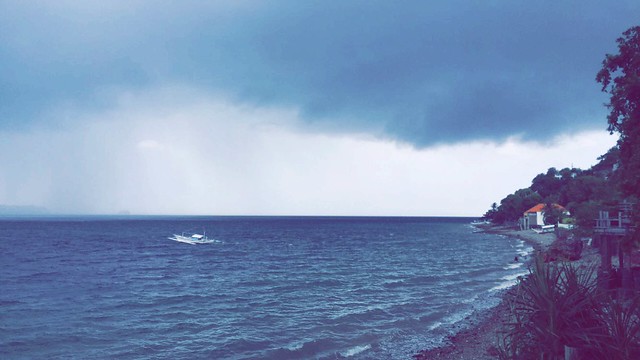 Ditched the wet suit, parked my ass on one of the mats lying around the deck, and waited. Thirty minutes later, just as I was beginning to enjoy reading this new book I got, she did not disappoint. 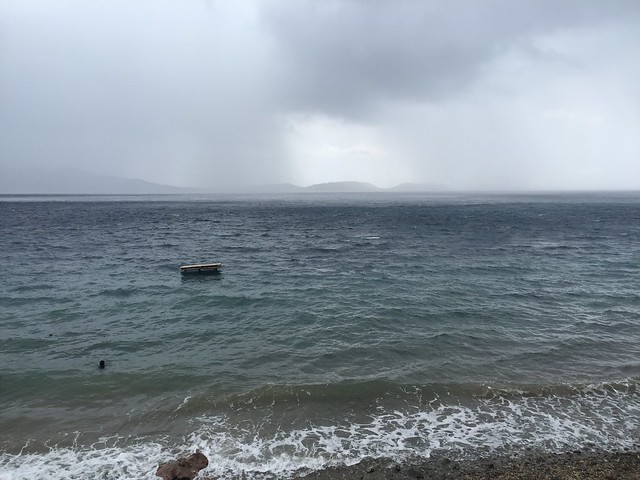 It was exactly the violent downpour I wanted. It took me back to that very Instagram-worthy morning earlier in the month when K and I were caught in the middle of a tropical storm after volunteering to plant some herbs at the GK Enchanted Farm in Bulacan. The next shelter at least a kilometer away, we were drenched to the bone, pellets of rain giving our backs a full-on shiatsu massage. I forgot which one of us said we had somehow found ourselves right smack in the middle of a really cheesy B-movie, but as soon as that was out, we did the only thing that felt natural: Scream our lungs out like a couple of raging lunatics and then laugh like idiots right after. That was the picture a couple of volunteers stumbled upon when they offered us silly girls a ride back to the main hall. >_< 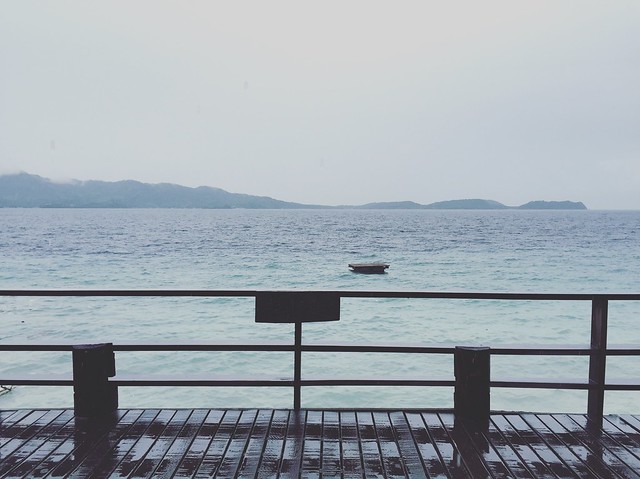 While this stormy trip to Anilao wasn’t as melodramatic, it was just as re-energizing. Seriously, nothing rids tension quite like a day out of the city and one spent by the sea. Must be the balmy breeze or the salty seawater, or how you’re far removed from your daily reality—I really can’t quite put a finger on it—but it just dispels a lot of the negative energy.

And how fun that I ran into a friend I haven’t seen in a long time—and she gave us cake, too. 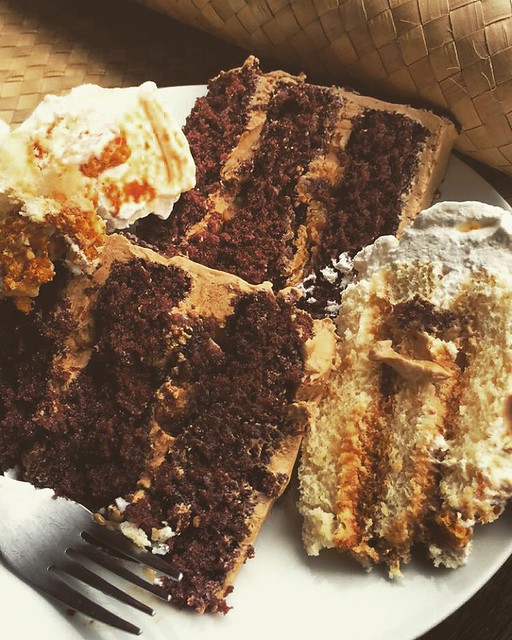 Maybe I should make this a weekly thing.