On my second to last day in Porto, I ended up hanging out with my airbnb host Fernanda and her main squeeze, A (whom I will call Ocean because that is how F pronouncing his name sounded. I’m fascinated by Portuguese—it’s one of those languages where words do not sound the way they are spelled, at least from an English speaker’s POV; I learned they pronounced “x” as “shhh” and “s” in between vowels is “z” as in “caza” for “casa”, so trying to list down recommendations from people I met was always futile—they don’t show up on Google because I likely wrote what I heard wrong).

Anyway… Fernanda and I were planning on surfing, but because the waves and the wind refused to get along that fine sunny morning, F declared surfing a bust and we ended up having coffee with Ocean by the, er, ocean. 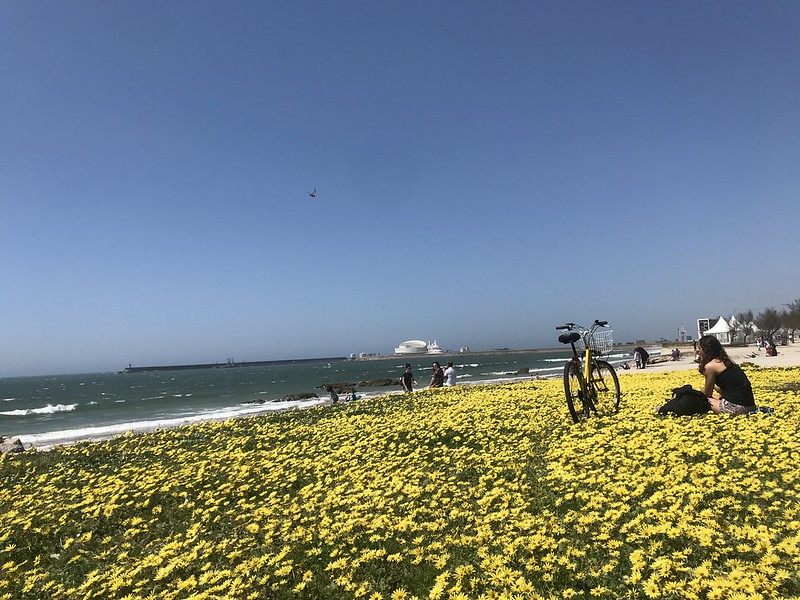 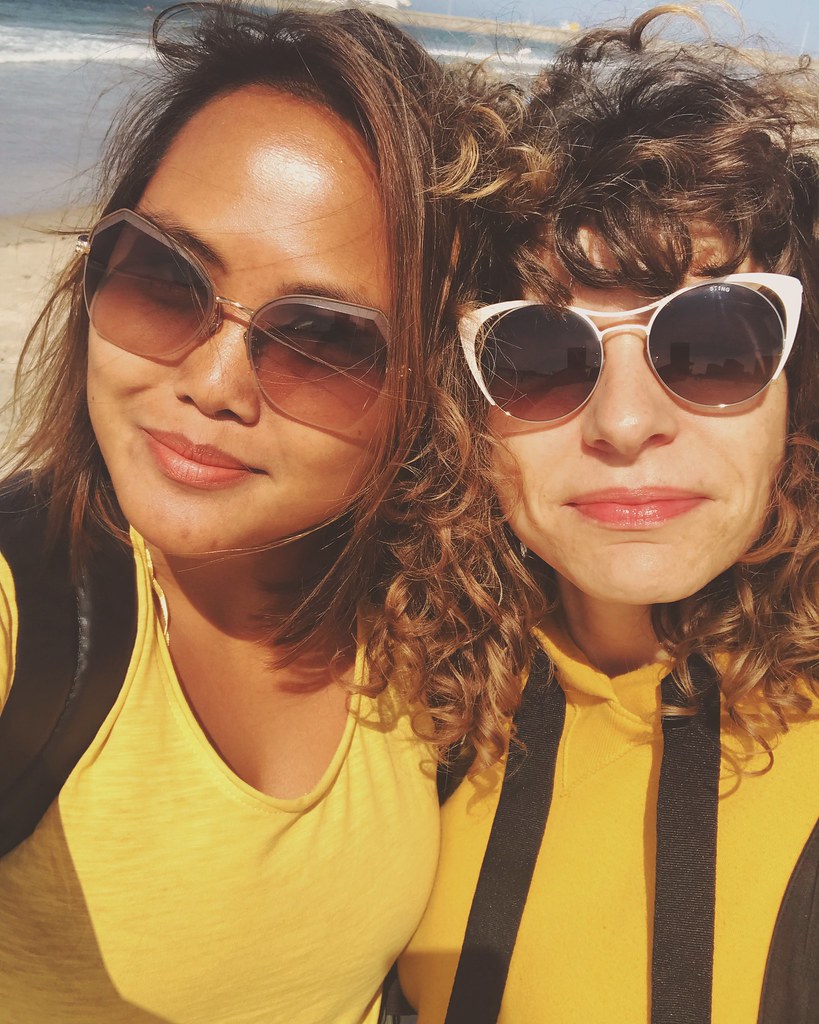 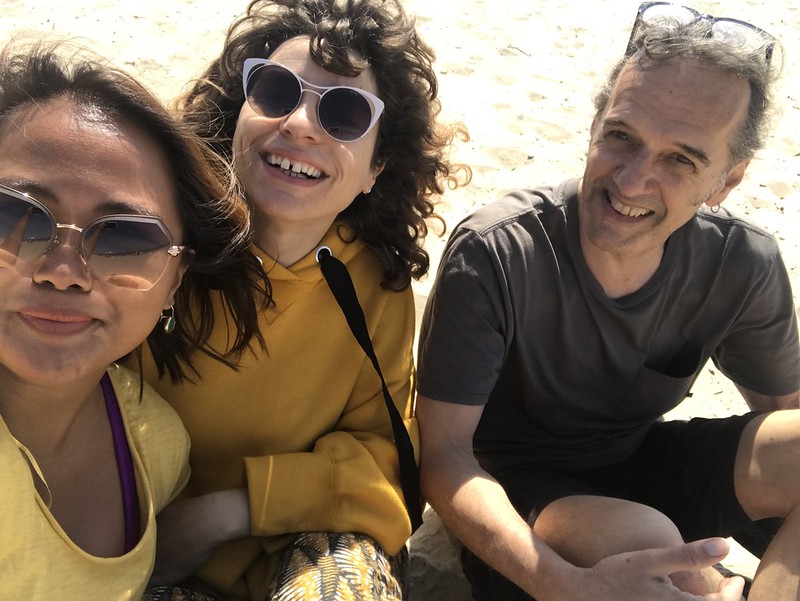 I really, really loved Porto. I’ve barely scratched the surface of this truly lovely city. I just know that I want to live in it. Even when I had such a fantastic time in Lisbon, I found the city touristy; Porto felt like coming home. 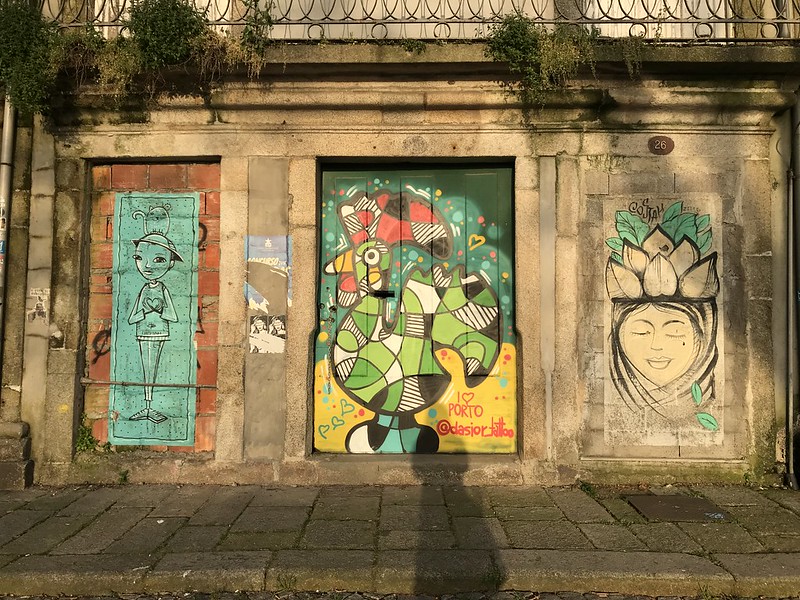 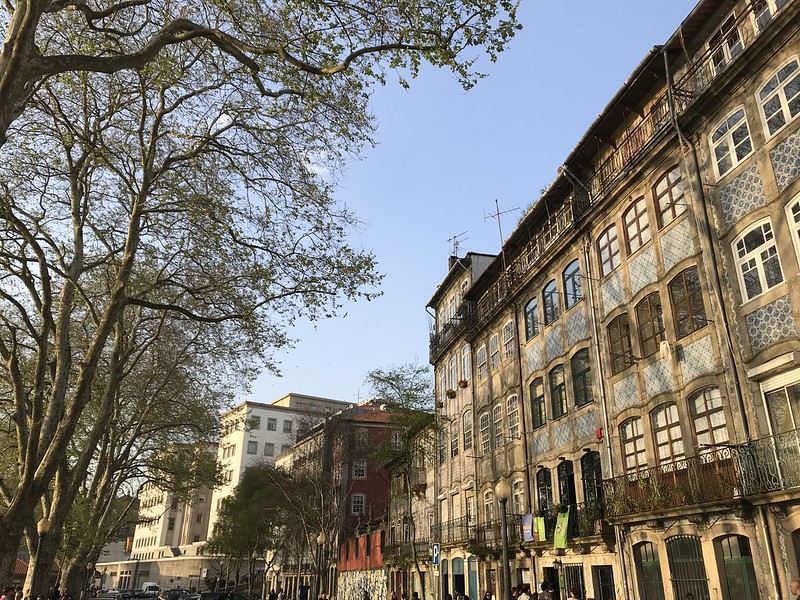 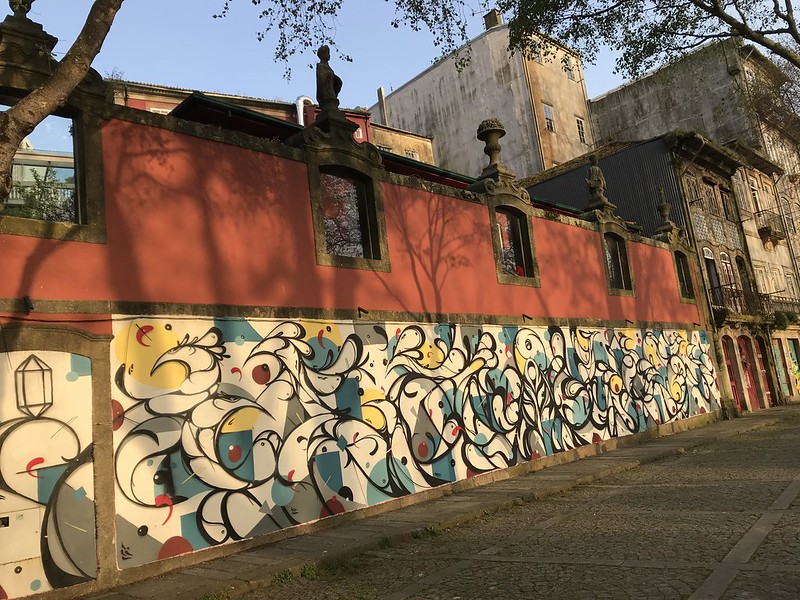 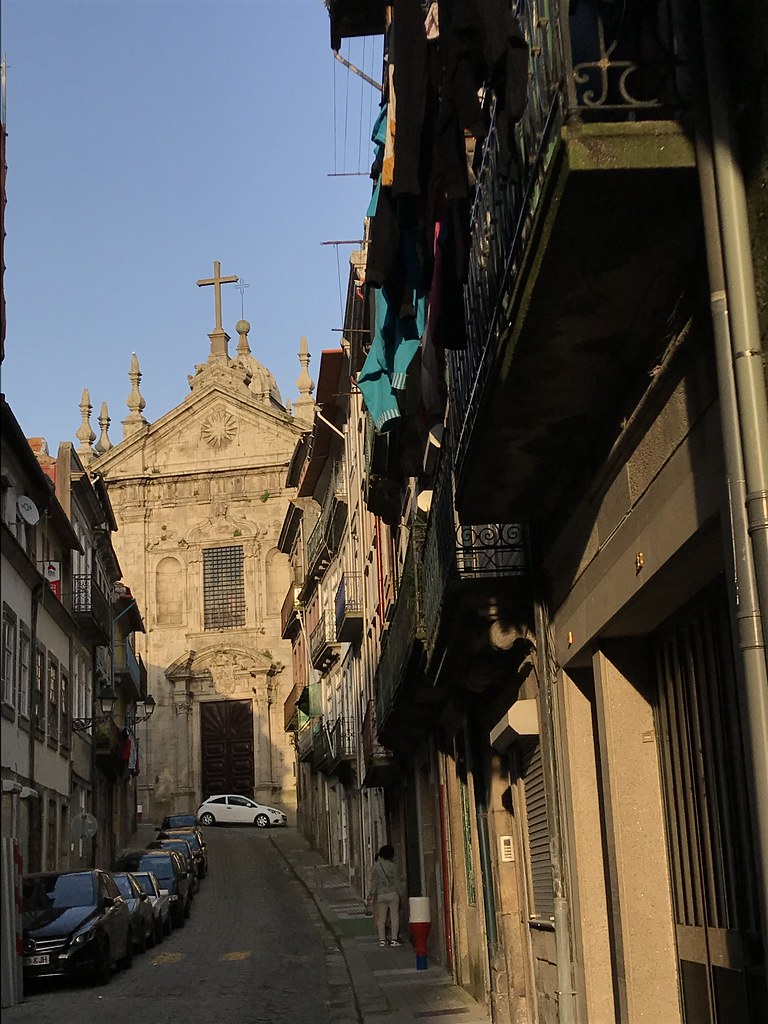 Maybe it had to do with Fernanda who welcomed me with open arms and remains a friend to this day (if you’re reading this, Olá!). Also I really loved her apartment—it was a welcome break from staying in hostels the first leg of my trip. I first walked in to find it had the afternoon sun, and on my first morning, because I forgot to close the drapes, I woke up seeing Porto’s sun-bathed terracotta rooftops. 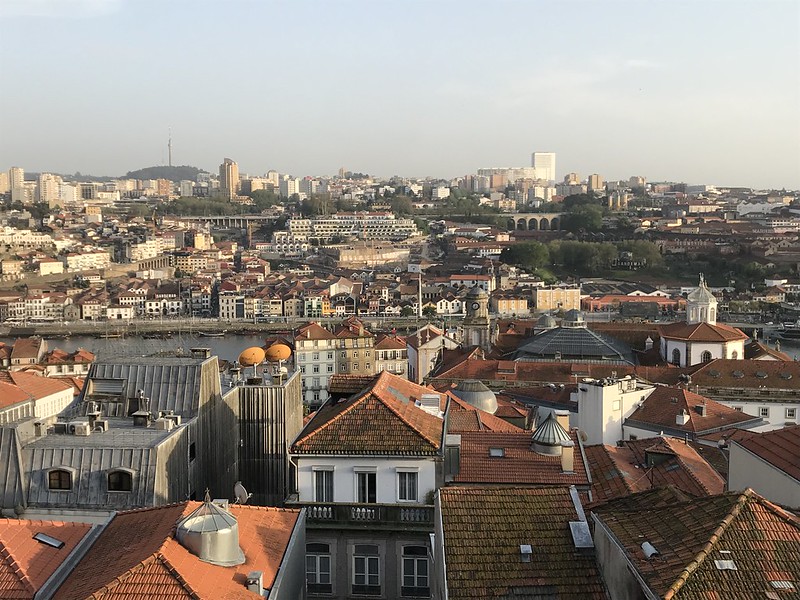 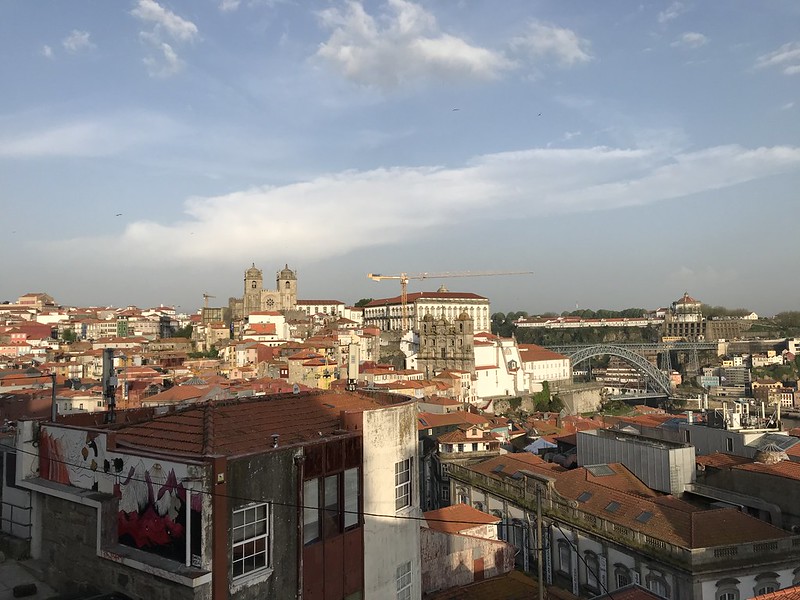 I mostly walked—Fernanda lives in a part of Porto that’s close to the center and yet far enough for it to feel cozy and laidback. I took a quick bus to the center one morning, to this brunch place called Zenith, curious about what constituted a tapioca in these parts, and somehow throughout the course of the day while sunning in a park near the university, right beside a bookstore that JK Rowling frequented when she lived here, I found myself smitten with this city by the Duoro river. 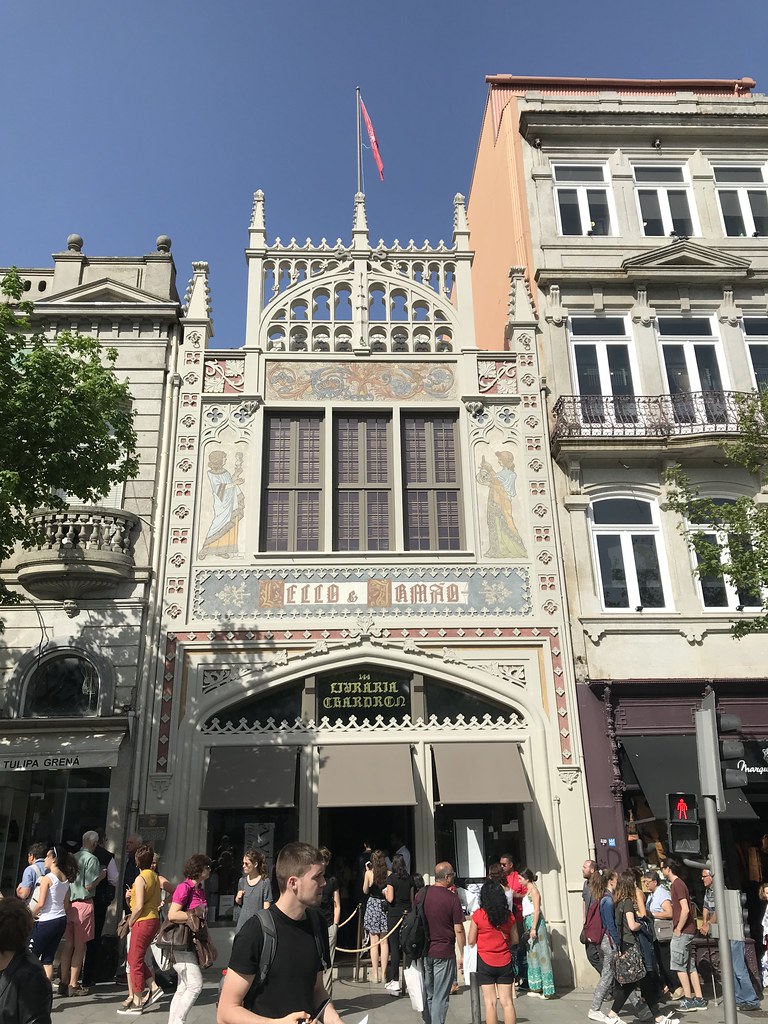 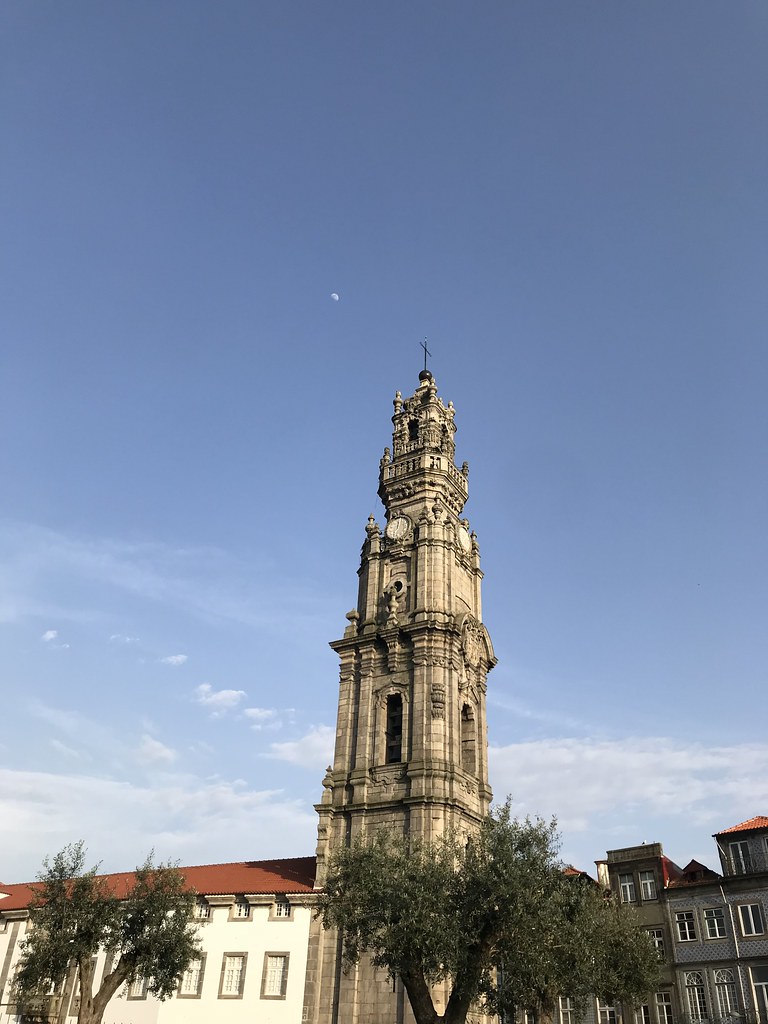 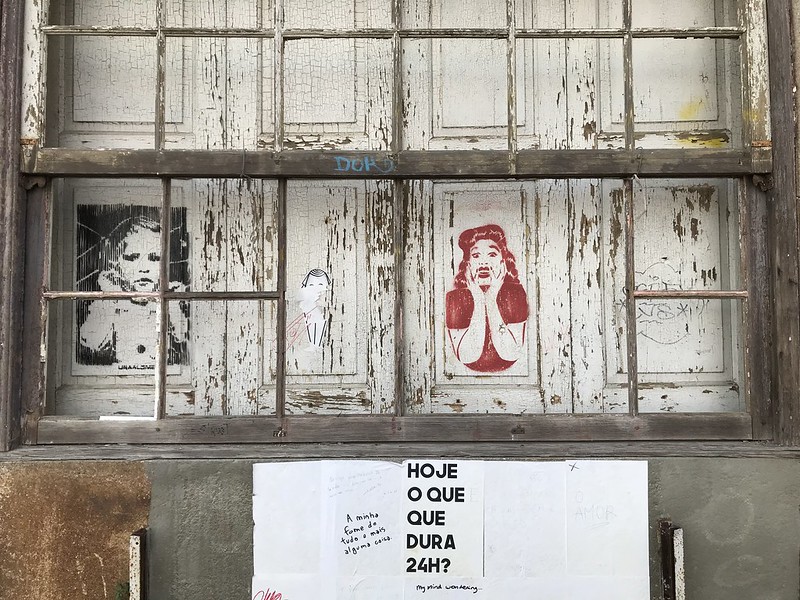 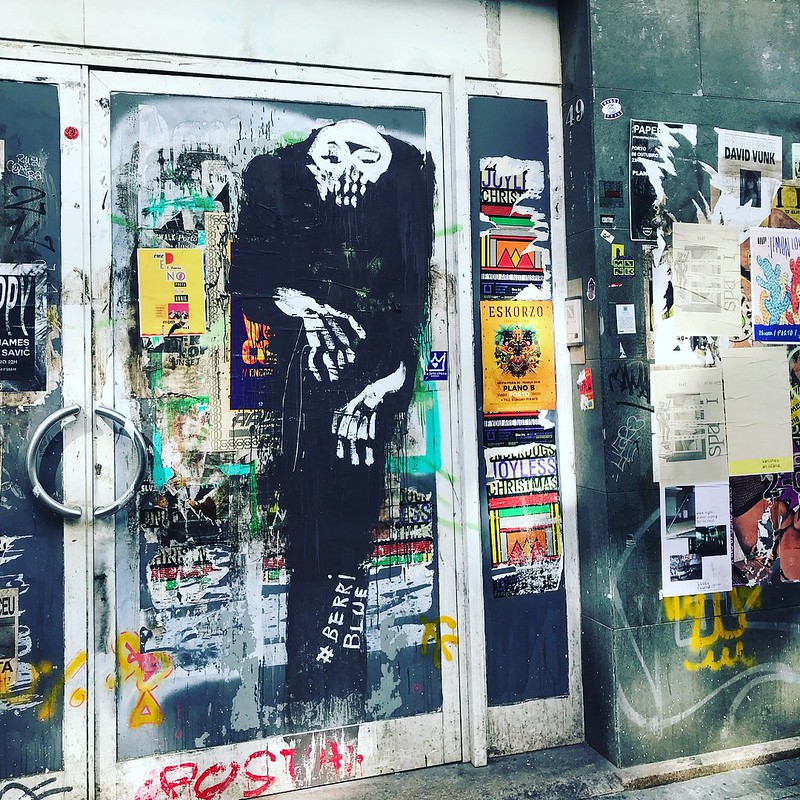 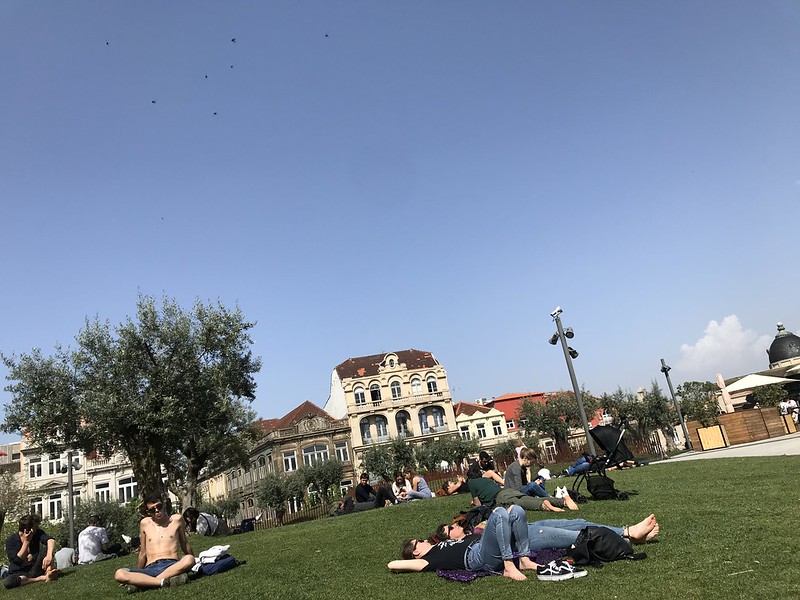 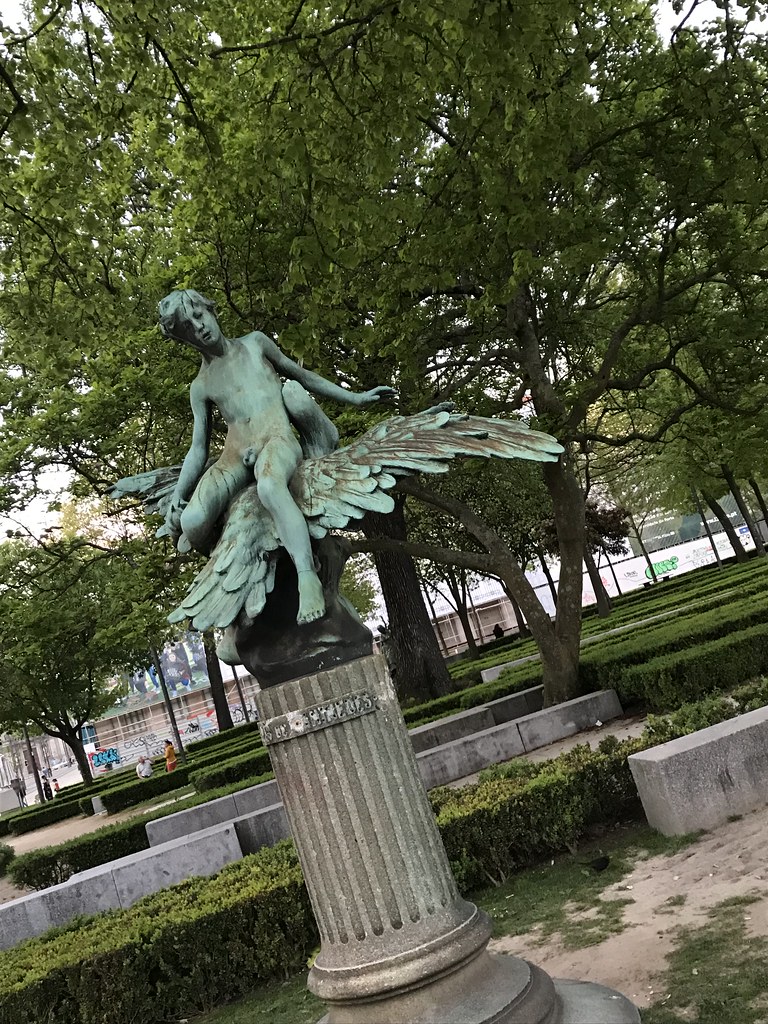 You know that moment when you feel that this is your city? That really hit me when, after working at a cafe located in a quiet street near the Livraria Lello, I walked around and found myself wandering into a quiet street I saw led to the river. When I got there, the place, devoid of tourists, opened to a really lovely viewpoint that showed Porto and the Duoro river. The beautiful scenery got me a little teary. 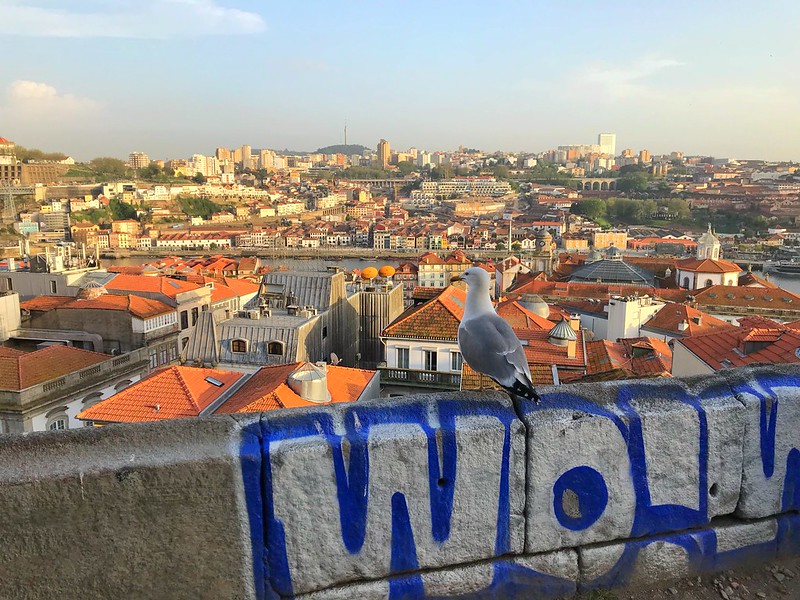 There I was, with a few people who stumbled upon the empty lot next to a convent whose walls were graced with graffiti, and I felt like I had Porto and the Duoro River all to myself (and this seagull who hung out for a bit). I left after half an hour and on my walk stumbled upon a more crowded spot where all the locals and tourists converge to drink beer while waiting for the sun to go down. 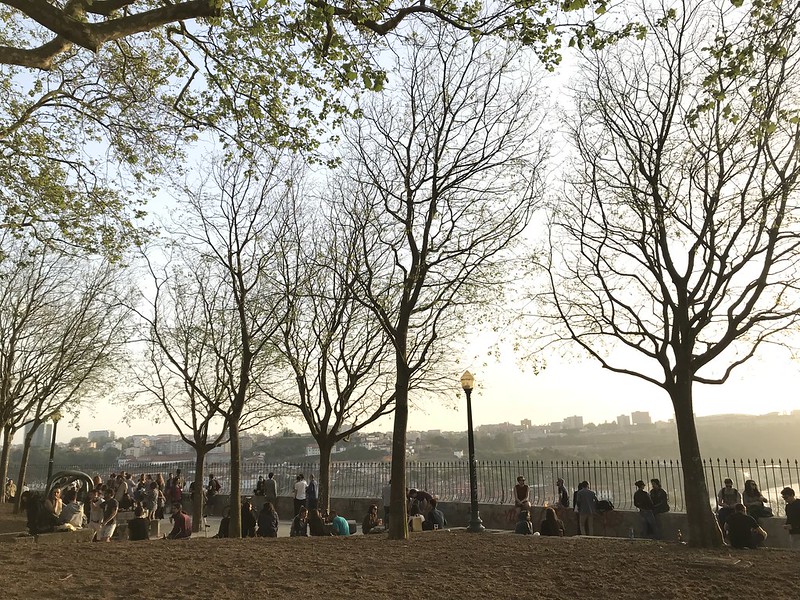 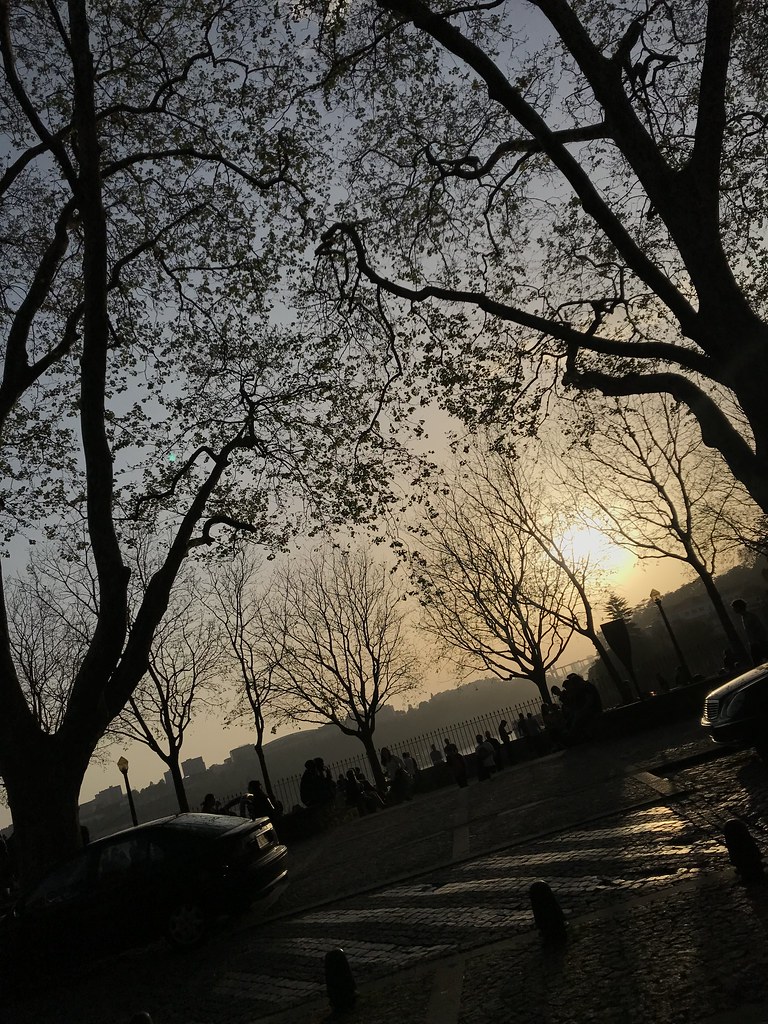 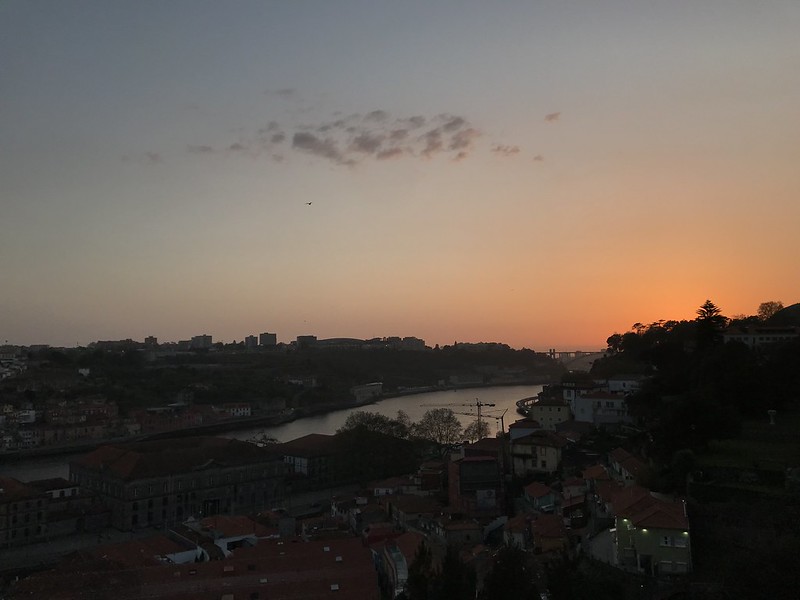 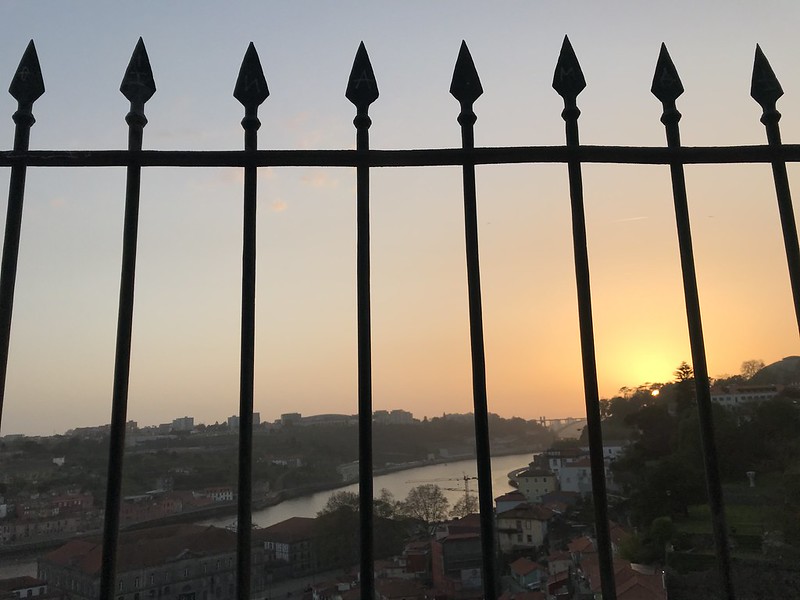 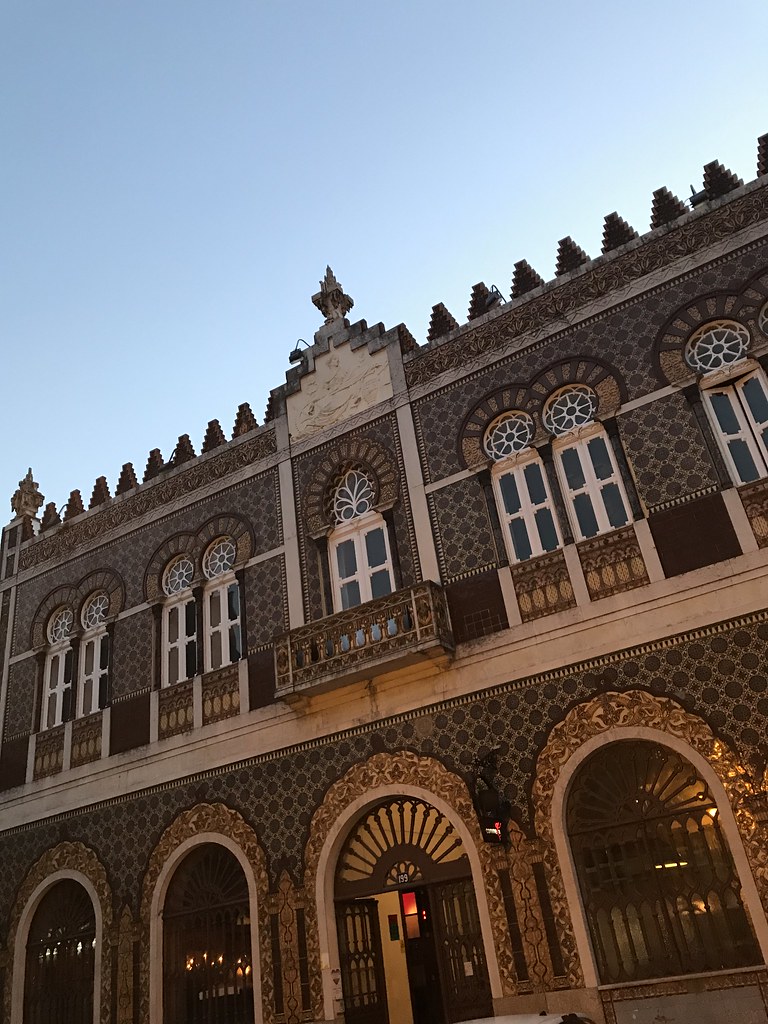 The day after, I was with Fernanda and Ocean having coffee in Matosinhos, right there by the ocean, sun out and about, and they were talking about how this was such a pleasant week after the two months of rain Portugal had. (I felt, just like in Amsterdam, I brought the tropical sunshine with me lol).

I told Fernanda that Porto has more character somehow than Lisbon, even though the latter was busier… and she said something along the lines of how Porto is not for the weak, Porto is moody…and when she said those things, it just sealed the deal: I am definitely coming back. I want to experience more of the city. I enjoyed my stay in Lisbon, but Porto somehow got under my skin. I like how it feels like the city doesn’t give a fig what people thought about it—it just wants to be. In the short time I spent there, I feel like I understood Porto, and that the city got me, too. 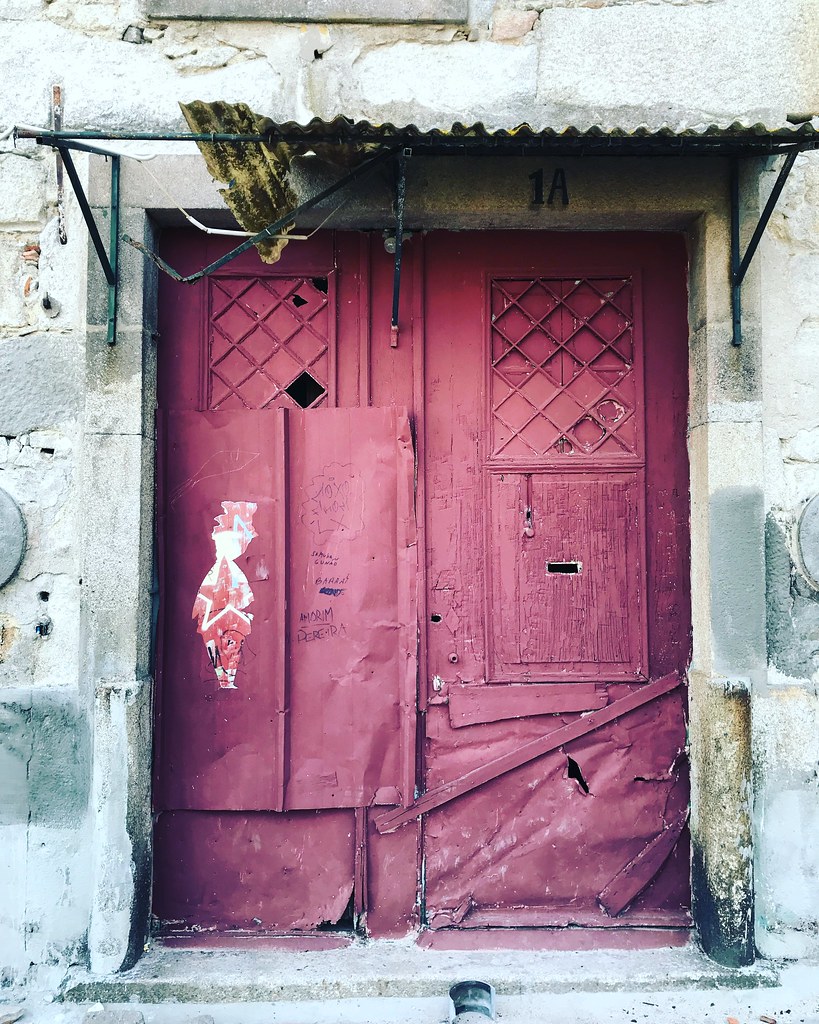 {Found this entry stored in my drafts folder more than a year now. Edited it a tiny bit, but wanted to keep most of it untouched because it just takes me back to days before this quarantine we are all in. Hope you enjoyed reading it!}