As most “last nights” spent in new places often lead to people getting a little too carried away with the alcohol consumption, it was only inevitable that, on the morning of our last day in Japan, M, B and I were all nursing hangovers the size of Texas.

Because our flight back to Manila wasn’t until later that evening, we had plenty of hours to kill. The original plan was to hit as many places in Osaka as possible, but as you all know, consuming copious amounts of sake and Asahi has its way of sending even the best laid plans astray. We ended up scrapping our packed itinerary, pointed to a random item on the list, and ended up grumbling our way to Osaka Castle.

It was quite a long walk from the station to the castle grounds—at least, it felt that way for our little hungover trio. 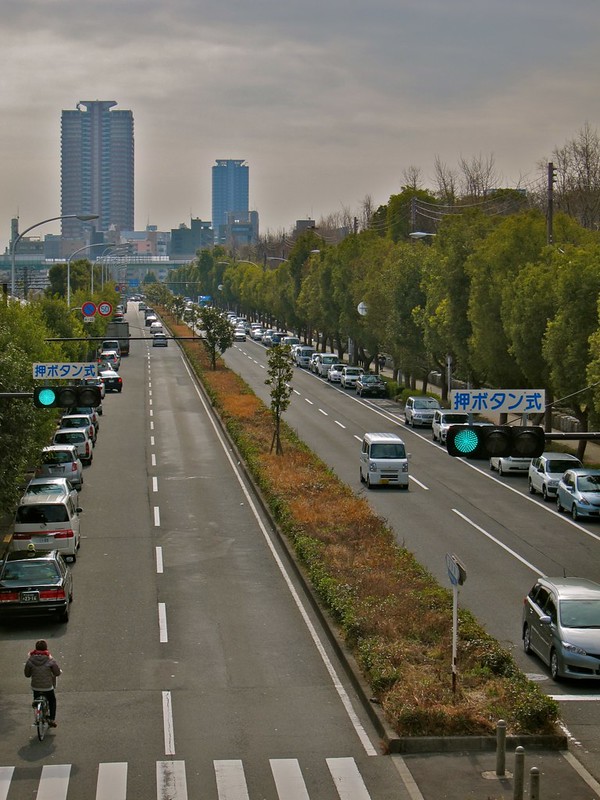 On the way, we passed a baseball field and were distracted by the team practicing that day. 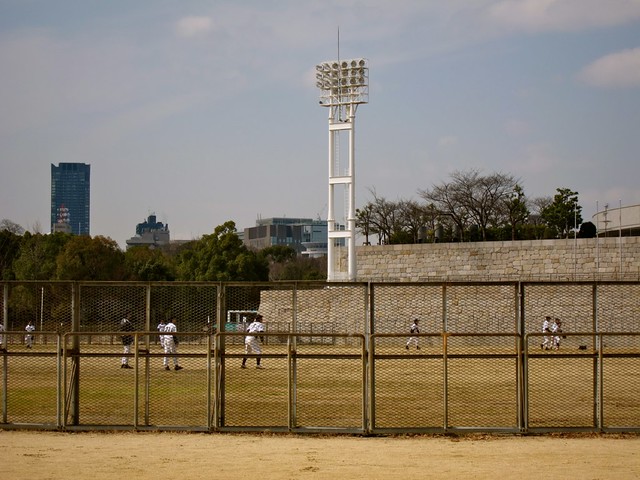 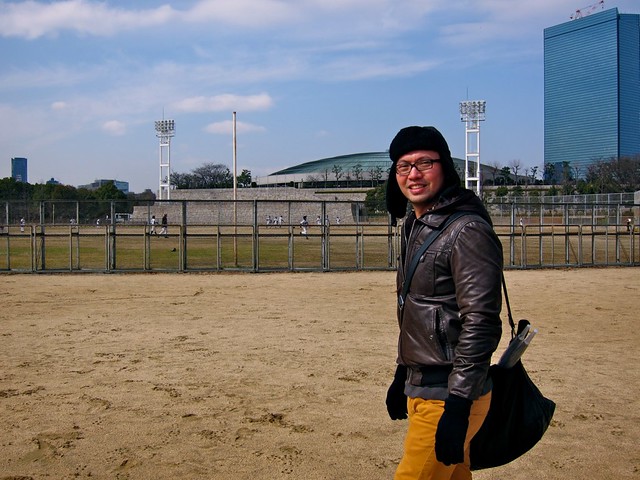 By the time we reached the edge of Nishinomaru Garden and spied the castle tower, we had sweated away the final traces of the previous night’s sake binge. 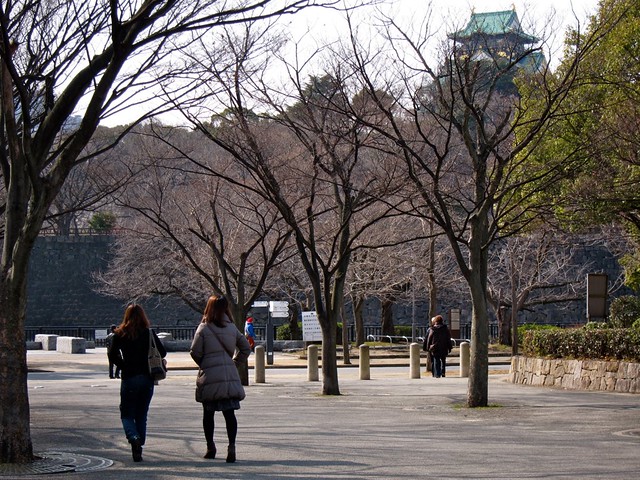 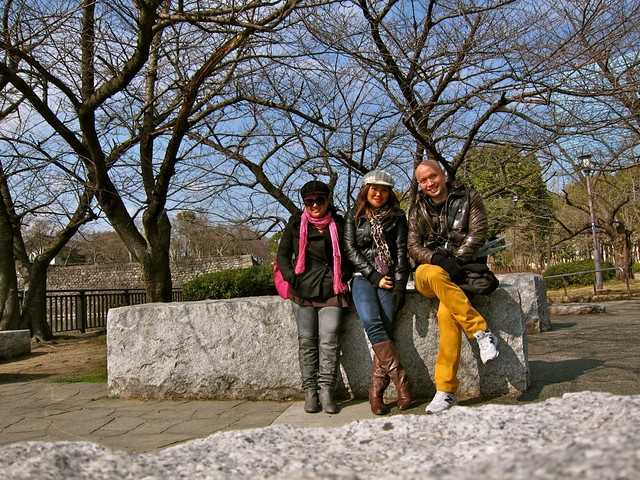 A few yards away from the entrance to the castle, we were delighted to see that a number of what we initially thought were cherry trees beginning to bloom. 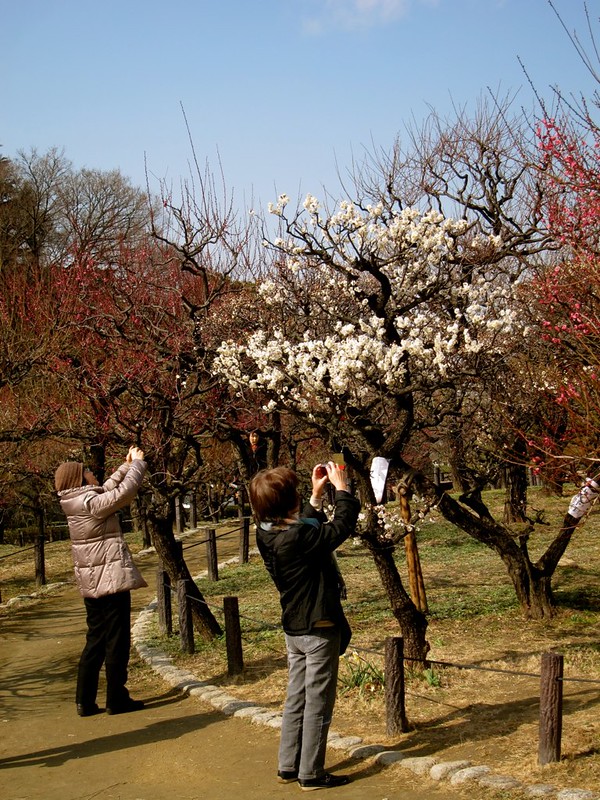 Turns out these were actually Plum Trees or Ume, whose blooms signal the beginning of spring. 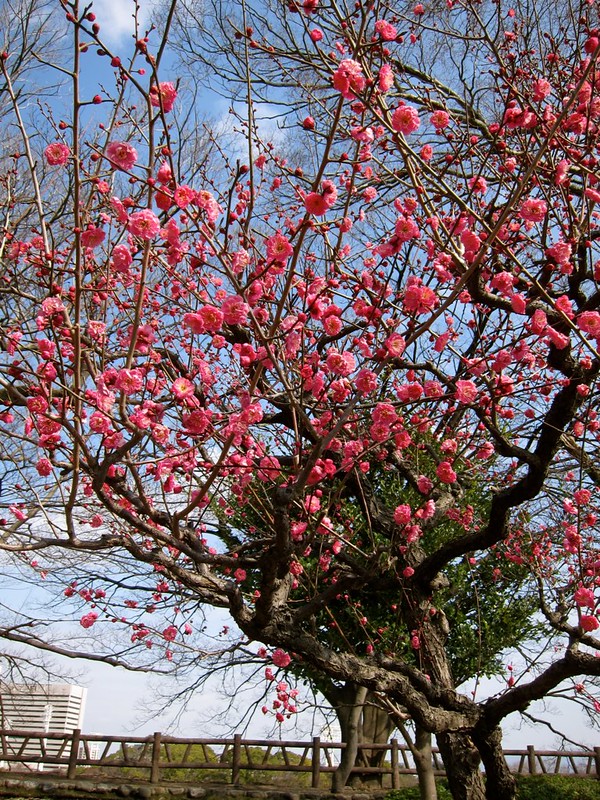 As with cherry trees, plum trees come in different varieties, with colors that range from white to dark pink. 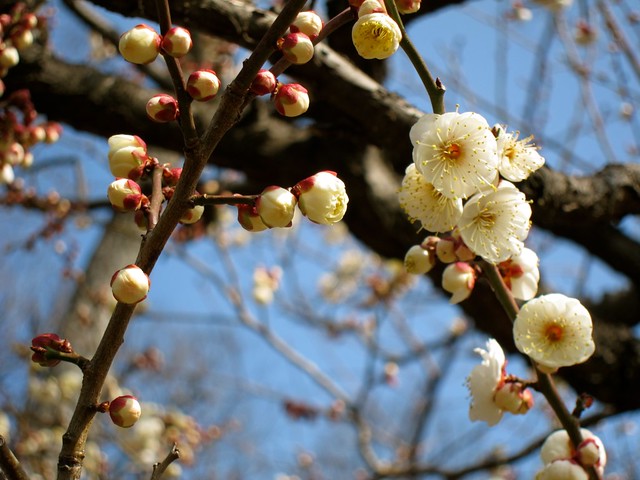 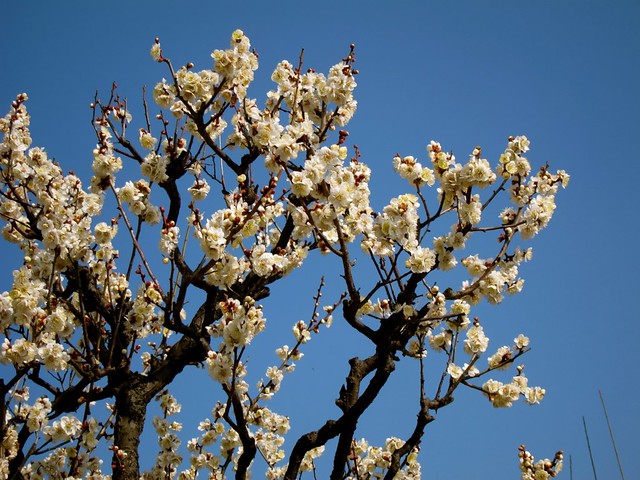 We were so delighted by the trees that we ended up opting to spend the rest of our stay outdoors instead of exploring Osaka Castle—we never even made it to the entrance. Stumbling upon these lovelies was definitely the best way to end a great trip :D 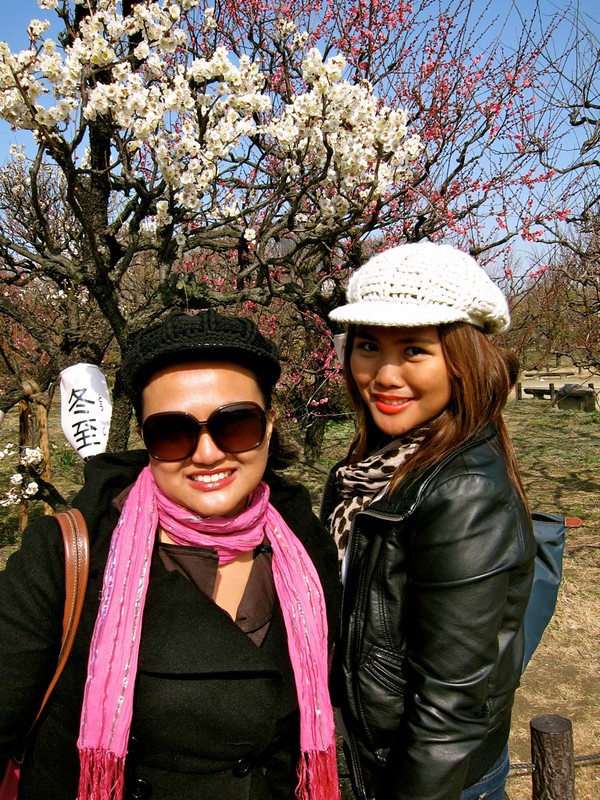