Quite like a bottle of really good vintage, the Red Hot Chili Peppers seems to get better with age.

When I watched them in Hong Kong back in 2011, it was their first time to produce an album and go on tour after a rather long hiatus. The moment I heard the first few notes of “By The Way” played live, I, along with the huge crowd of Peppers fans that filled the Asia World Arena that humid August night in Hong Kong, went wild with glee. It was one of those nights you make sure do not end until the wee hours of the morning because you know you’ll only get to savour a few of them in your lifetime.

Last January, I got the pleasantest surprise: I attended a press conference and ended up with a press pass to the 7107 International Music Festival. 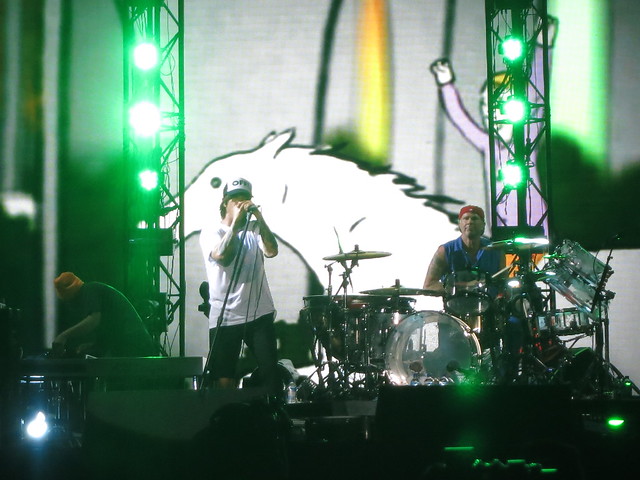 As if watching them the first time weren’t mind-blowing enough, seeing these guys perform again just further affirmed the fact that they are truly masters of their craft.

From Anthony’s antics on stage to Flea’s killer bass solos (nobody can quite match up) and Josh jamming to Chad Smith on the drums (he is clearly better at this than his famous impersonator, Will Ferrel—you have to google their drum vs. cowbell showdown haha), it all makes for one helluva show!

Adding icing to an already great night was Empire of the Sun, who played before the Chili Peppers and left the crowd reeling with their pulsating beats and theatrics on stage. Vocalist Luke Steele even went over to the crowd while singing Walking on a Dream, and when they played their final song, Alive, they made the crowd feel exactly that.

There were other local and international acts that we missed—we just made it in time for the last two acts—but from what I’ve seen of the Instagram feed, it looks like there were a lot of crowd pleasers—Kaskade included, who headlined the first night. Glad to see events like this happening on the local front :)